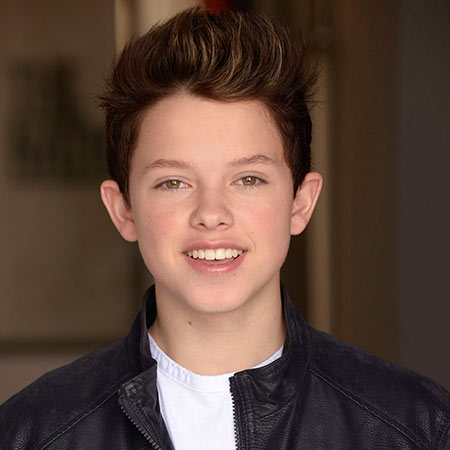 Jacob Sartorius is a singer and internet personality of American nationality who has been known for his work on the musical site name Musical.ly. He has over 9 million followers on the site and has also been known for his musical endeavors after releasing his first single song.

He was born as Rolf Jacob Sartorius on the 2nd of October, 2002 and his current age is just 13. Rolf Jacob Sartorius is also his grandfather and father's name. He has been actively involved in the internet profession since the age of 10 and has surely accumulated the interest and attention of a huge number of people for whatever he does on screen.

Jacob Sartorius is originally from Virginia. His other is the manager of most of his career decisions and has been supporting him all through the years. He also has a sister whose name is Caroline. Caroline is a college student who has been his support system too.

Career As a Singer

Jacob Sartorius rose to fame after he started posting videos of him lip-synching to popular songs portrayed on Musical.ly. By the age of 13, he managed to attract the attention of a huge number of fans who have still been following him avidly. He posted his first Vine video against bullying on the 17th of August, 2014 but has not been too actively involved in Vine as of now. Jacob Sartorius has also been a member of the MAGCOB, which stands for the Meet and Greet Convention.

Jacob Sartorius released his first single called Sweatshirt which has been liked by a huge number of fans. This single has charted on the 90th position on the Billboard Hot 100 as well as on the 81st position on the Canadian Hot 100. This personality is signed in with the United Talent Agency and the agency has been supporting him in all of his endeavors until now. Also signed into the T3 music group, Jacob Sartorius, at a small age, has done much. He is surely set to achieve much more in the time to come for his skills in music.

Jacob Sartorius has accumulated a net worth of a whopping 100 thousand dollars for being an internet personality and American singer.

Jacob Sartorius has never been married but the 17 years old, the singer has gone through a couple of relationships previously.

In 2017 he was rumored to be in a dating relationship with Jenna Ortega but they didn't come out publically. In late 2017, he started a romantic relationship with Millie Bobby Brown but their relationship didn't last more than six months and broke up in mid-2018.

Since then he has been linked with any ladies. Maybe he is hiding his personal life from the media. He is focusing on releasing more and more albums and songs.