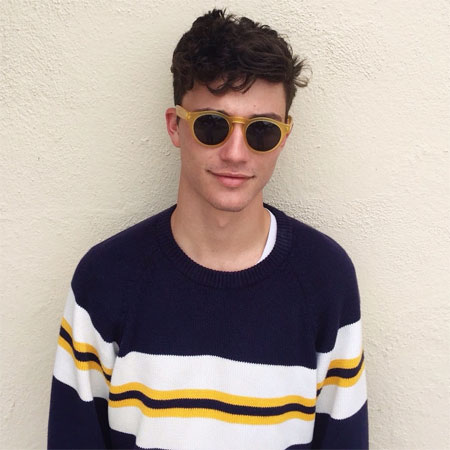 Jacob Bixenman is an American actor and model. He is best known for featuring in the 2015 comedy TV series, R.I.P. Representing Ford Models, he was discovered by the agency after entering in the VMan competition.

Bixenman was born on May 27, 1994, Orange County, California, United States of America. He belongs to the White American ethnicity and holds the American nationality.

Bixenman was raised by a single mother as his parents were divorced when he was a child. His older siblings also left the family during his childhood days. He cites his mother as the most compa s sionate and caring.

Bixenman attended the University of Southern California and completed his graduation with a major in English. He is also pa s sionate about writing short fiction and poems.

The talented star pursued his career in the field of modeling. He first joined the VMan competition, which helped him to earn a huge success. Further, he signed a contract with Ford Models along with other popular stars including Amber Rose, Lana Del Ray, and Lindsay Lohan.

Bixenman has developed a huge fan on different social media. He has thousands of followers on his Instagram account where he has uploaded several videos and modeling shots.

Additionally, the proficient model is also involved in the field of literature. He writes short fiction and poetry.

Moreover, his name was placed in the VMan article ‘6 New Models to Watch Out for at NYFW Men’s Spring 2017.’ Apart from all these, he has featured in the 2015 comedy TV series entitled R.I.P.

Jacob Bixenman is not married yet. His hair color is brown and eyes color is green. He is involved with various modeling agencies including Ford Models (New York), Premium Models (Paris), Elite London (London), and Elite Spain (Barcelona).

Bixenman is gay and is in a relationship with Troye Sivan, an actor, songwriter, social media star, and a singer since 2016. The couple went public at the MTV VMAs as well.

The couple is seen together at numerous programs and award function. They have posted close up pictures on their social media.

Jacob has represented more than millions of fans at his social media. He earns a good amount of salary from his work which adds up to his net worth close to millions.