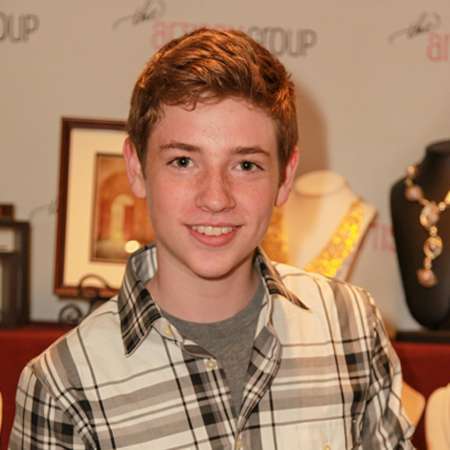 Jackson Pace was born on 19th February, 1999 in Boca Raton, Florida, United States. He spent most of his childhood with his sibling, Hunter Pace. Jackson is of white ethnicity and American nationality. He was very enthusiastic about acting and wanted to enter the Hollywood arena when he grew up. Jackson was always supported by his parents. He was seen in front of the camera since a small age.

Jackson was featured in a commercial when he was three years old. Since then his parent and Jackson as well have been thrilled by the concept of acting. Jackson made his television debut in 2006’s Barney & Friends as character Adam for an episode. Later he was seen as Adam in Never Forever in 2007. Since then he has been seen in many TV and movies like The Gray Man as Billy Gaffney, Law & Order Criminal Intent, and Queen Sized as Will Baker, Everybody Hates Chris as a little Boy, and Ace in the Hole as Eddie Morella. Furthermore, he has been seen in RL. Stine’s The Haunting Hour as Logan, A Walk in My Shoes, Criminal Behavior and more. But his most significant roles have been as Chris Brody in Homeland as the main cast member, and as Billy Henderson in 18 episodes of criminal Minds. In 2013 he was seen as Max Cochran in Jimmy.

Jackson does not have a long dating history. He is not seen with many women in the public. Jackson is mostly focused on his career thus is reluctant on speaking about his personal; life in front of the public. He is too small to get married and have children. However, there have been rumors that he had a girlfriend. But the details of his girlfriend are unknown to the media. He is more interested in his roles then in dating. However, Jackson has earned a lot of female fans due to his adorable face and acting skills. Jackson is only 17 so he has not been in many relationships. The rumors about him dating one of his co star has neither been approved nor denied by him.

Jackson stands tall at the height of 5 feet 7 inches and has a masculine figure which grabs the attention of many of his audience. He is only 17 years old. His net worth has not been estimated till date but it is surely in millions due to heaps of salary coming from his successful acting career. Jackson is a growing actor who is garnering success with his each hurdle. Hopefully, we will see more of this young actor in the years to come. The bio about the very talented Jackson Pace can be found in various social media sites like the Wikipedia, IMDB and twitter.