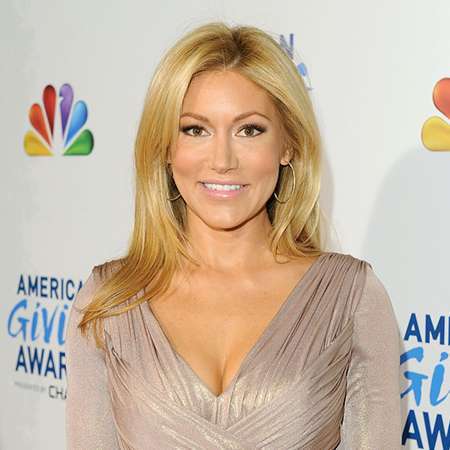 Jackie Johnson was born on January 23, 1980, as Jacqueline "Jackie" Johnson. Johnson was born in Michigan, United States. This 37 years old anchor was raised in Plymouth, which is also her native land. Her mother was a dance teacher and her father was a social worker.

Jackie Johnson was raised by her mother as her father died when she was just 11 due to Cancer.

Jackie Johnson attended St. Peter's High in Michigan. Later, she joined Meteorology at the University of South Alabama. Johnson majors from Middle Tennessee State University in broadcast journalism. She has a huge interest in dancing and acting which was also an influence of her mother.

Jackie Johnson started her television career from WCTV-TV which is a Tallaha s see, Florida-based television channel. There she worked as a weekend weather anchor. After working for a short period, she moved to WSVN-TV in Florida and joined television as a weather anchor and reporter.

In October 2004, Jackie worked for CBS 2/KCAL 9 TV as a television reporter until 2010. During her four years of career in the KCAL 9, she got a chance to be featured as the prime time weather anchor.

After quitting KCAL, Jackie Johnson served as a reporter for KCBS-TV in Los Angeles, California. Johnson also worked for a radio station as the weather forecast reporter on CBS's radio station KNX1070. Her magical voice and her hard work also gave her an advantage to established a renowned television personality. She has also been featured in the movies All About Steve and Soul Men.

Jackie Johnson was voted as the hottest meteorologist in an online poll in 2003. The same year, she was also offered by Playboy Magazine for the photoshoot, which was declined by her. Her fan and musician named Linus have composed a song titled in her name Jackie Johnson.

Jackie Johnson had an affair with her current husband and formal football maestro John Kidd. After few years of dating, Johnson married her boyfriend in 2011. Her husband is a famous player who has been a s sociated with clubs like the New York Jets, the Miami Dolphins, and the Detroit Lions. The couple has a child named Dillon Kidd. Johnson currently lives in Los Angeles, California, United States.

Update: Jackie and John are divorced. The pair divorced in 2014. After divorcing the first husband, she tied the knot with the second husband, Patrick McBride in 2016.

Net worth, Salary and Body measurements

Jackie Johnson has maintained a net worth of about $750,000 and her salary is expected to be around a few hundred thousand. She stands 5 feet and 6 inches.