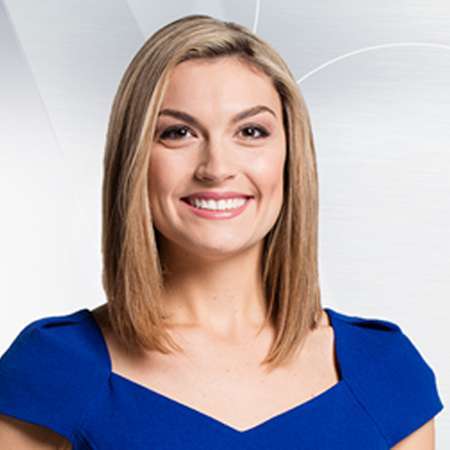 Talented and Beautiful, Jackie Bruno is one of the popular names in the world of journalism. She works as an assignment and entertainment reporter for NECN. Bruno is a Boston University graduate. Besides that, she is also admired for her beautiful personality.

Jackie Bruno was born on December 29, 1984, in Assonet, Massachusetts, United States. As of 2017, she is 32 years old. She is a versatile white-American Journalist. She was born to the family of Tim Bruno and Denise Bruno as a daughter. Born in December, her birth sign is Capricorn.

From her early age, she showed a huge interested towards the journalism and wanted to pursue her career as a journalist. Upon her high school graduation, she attended Boston University and received a degree in Broadcast Journalism.

Jackie was no stranger to television before landing her steps to the journalism world. In 2008, she was named Miss Massachusetts USA. Moreover, she was also placed at the top 10 nationalities televised Miss USA Pageant in the same year.

Bruno also served as a coach on MTV’s MADE. Moreover, she worked as a host on NewEngland.com’s ‘New England TV'.

Later on, she joined WWLP-22 News in Springfield, Massachusetts, where she worked as the weekend evening anchor and Hampshire County Bureau reporter.

Moreover, she works as the chief reporter on the case of Phoebe Prince Bullying, covered the tornado in June 2011, anchored during Hurricane, and reported on the Northampton persons of December 2009.

In 2011, Jackie joined NBC Boston and NECN as an assignment reporter. Currently, she serves as the station’s entertainment reporter.

Jackie is married to her longtime boyfriend Joe after having an affair for quite a long time. Her husband proposed Jackie outside his apartment before his 30th birthday.

Upon several months of the engagement, they celebrated their wedding on Dec 5, 2012, in Newport, RI along with her friends and family.

Jackie wore beautiful Oscar de la Renta gown in her wedding day and her groom was seen in a black suit. Since getting married to till date, they are happy in their relationship. She has a son from her husband.

Jackie's admirers and followers are following her on Twitter, Facebook, and several other social networking sites. She frequently updates what she is doing via her social handles.

Bruno is enjoying her celebrity life with the huge salary she is paid for her services.Her annual salary is estimated to be ranging from $40K to 48K. Though her actual net worth is not revealed we expect it to be in high order six figures.