Get to know all about Jack Johnson, the uprising singer and former surfer! 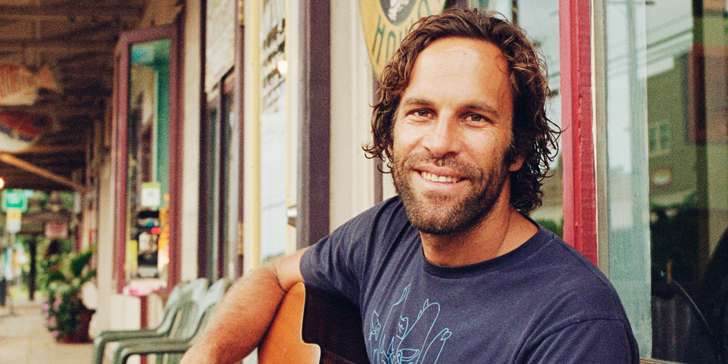 The youngest among three brothers Mr. Jack Johnson is the son of legendary surfer Jeff Johnson and was born in Ohau, Hawaii. Jack who had developed a love for music by his teens, has scored another No. 1 album on Billboard 200 with his "From Here to Now to You".

The singer and the songwriter Jack who started surfing at the age of five has sold about 20 million albums refuses to appear on TV but rather he would surf again. After graduating from the university of California at Santa Barbara and after he met his future wife Kim, he first wrote a song to impress her and in 2000 they married. Currently, they have two sons and a daughter.

Jack Johnson by the age of 17 was the youngest-ever surfing finalist of the Pipeline Masters in Ohau and when he was about to win the competition he suffered a gruesome surfing accident after he fell into the coral reef and severely cut up his face. After university, he went off to Indonesia to use his own chilled-out acoustic songs on the soundtrack and then recorded his first album Brushfire Fairytales for satisfying his fans who kept asking for tapes and it's 100000 copies were sold. He is a shy and a genuinely nice guy who made his voluntary eye contact with his wife not until a long way in his meeting with her.

Jack is probably the music world's most laid-back superstar. Shortly after graduating from Santa Barbara, Johnson wrote a couple of songs for less budget surfer movie called Thicker Than Water which became moderately hit. When cassettes of the soundtrack landed in the hand of musician Ben Harper, he was impressed and he invited John to perform on his 2001 tour where he probably took parts in many concert as well.

"In Between Dreams" which was among his albums in 2005 went to sell on more than 2 million songs. in2006 Johnson achieved even gerater success from the film Curious George where tickets were sold in large amount. "If I Had Eyes", "Better Together", "Upside Down" and "Better Together" are some of the songs which had sold more than 15 million album copies.Altogrther Johnson has released six solo albums and five of them were recorded at his Mango Tree Studio Hall in Hawaii where he lives with his Family.