Jack Davis, the cartoonist for MAD magazine, dies at 91. Know more about his personal life, here! 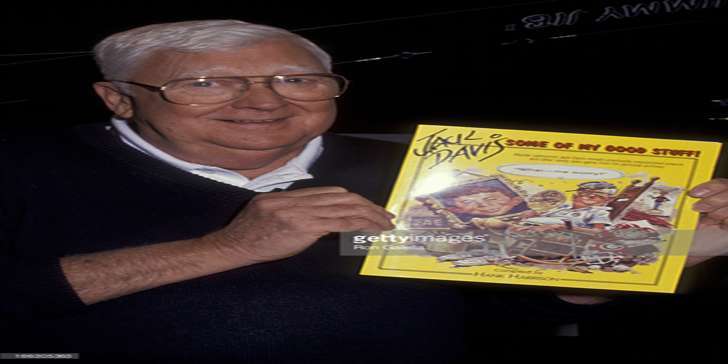 All-time great American cartoonist Jack Davis has left this earth at the age of 91. He is best known for being one of the founders of MAD Magazine.

John burton Davis, also known as Jack Davis was born in Atlanta George on December 1924 and attended the University of Georgia and during his college time, he works on the campus newspaper.

He was well known for his advertising art, magazine covers, film posters, record album art and many comic books as well. His work also appeared in numerous editions of TV Guide and Time Magazines.

Before getting in this artistic job, he had served as a Navy for 3 years. In 1949, he illustrated a Coca-Cola training manual. In 1950, his life was totally changed after started working as a freelancer for Ec Comics. During his time at EC, he drew horror comic books like “Tales from the Crypt”, and “Two-Fisted Tales”.

Some pic of his work tweeted by MAD Magazine.

In 1952, When EC Comics launched its humor title “MAD” he was one of its founding members. His talent takes him beyond comic books world and he started drew posters for movies such as American Graffiti, National Lampoon’s animal house And It’s a Mad, Mad, Mad, Mad world. He started designing a character for animation as well. He was an example for newcomers in the industry.

In 1996, he had received the National cartoonist Society’s Milton Caniff Lifetime achievement Award, the NCA’s Reuben Award in 2000 and in 2003, was inducted into the Will Eisner Hall of Fame. Though he took a retirement in 2014, he continued his work until his death.

Jack Davis was married to Dena and had a daughter, Katie Davis Lloyd and A son, Jack Davis III.