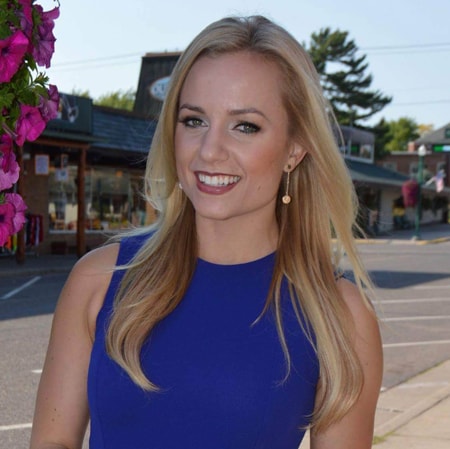 Ivory Hecker is an American news reporter, media personality, fitness enthusiast, and philanthropist. She is also the fill-in anchor for FOX 26 News in Houston, Texas. She has been a part of numerous high-profile news coverage, including Hurricane Harvey and its aftermath, the death of former President George H.W. Bush, and the Santa Fe High School ma s s shooting.

Ivory Is One Of 12 Children Born To Her Parents

Ivory was born in 1991 in Wisconsin, USA. She was born one of twelve children to father Nathan Hecker and mother Renee Hecker. 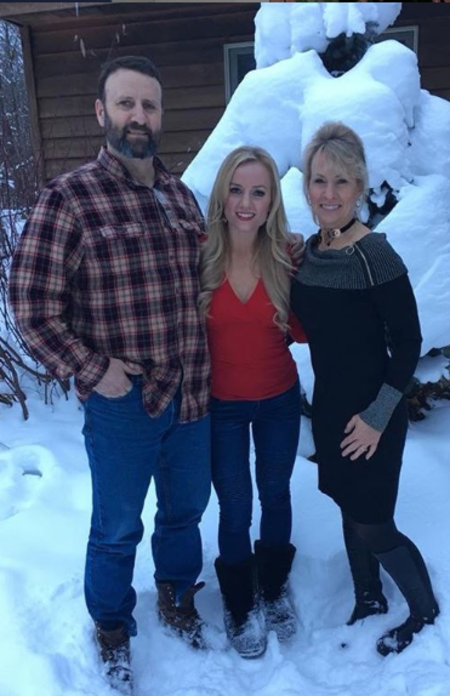 Hecker spent her childhood in Hayward and attended Hayward High School. She took part in radio speaking competitions where her love for journalism bloomed. With her career in mind, she enrolled in Syracuse University, from which she earned her Bachelor of Arts- Broadcast Journalism.

While on campus, she got to experience the life of a journalist as a reporter for Syracuse University’s student TV station, CitrusTV. She also spent time reporting for the KBJR-TV station in Duluth, Minnesota, while still on campus.

She also interned at local stations such as the KABC-TV station in Los Angeles, and at YNN, Syracuse. She was also the recipient of the NYSBA paid internship at WBNG-TV in Duluth, Minnesota.

Ivory Works Is A Reporter And Fill-In Anchor At Fox 26, Houston, Texas

Ivory started her professional career as the reporter for WACH in Columbia, South Carolina. She was then employed at WLEX in Lexington, Kentucky. Her investigative reports led to political leaders making improvements to the local government. Her reporting of the hotel explosion in Lexington was also featured on CNN. Hecker had a vital role on the station on its win of the best newscast in Kentucky at the 2014 AP awards.

After her stint with WLEX, Ivory started working as a fill-in anchor and the reporter for NBC’s affiliate KARE. She was a live-correspondent at the scene of major stories. Her most notable news coverage includes the death of the musician, Prince; and the controversial police shootings of Jamar Clark and Philando Castile, and the protests and riots that followed soon thereafter. 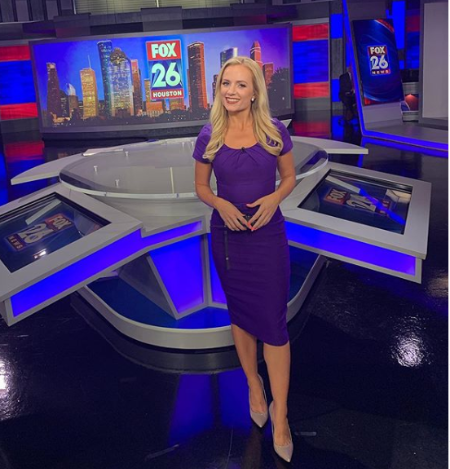 Ivory is currently working as a general a s signment reporter and fill-in anchor for Fox 26. Her most prominent news stories include the coverage of life in the Gulf Coast after Hurricane Harvey, the death of the former president, George H.W. Bush, current President Donald Trump’s visit to Houston. She was also the on-site correspondent for Fox News at the Santa Fe High School following the May 18, 2018 ma s s shooting occurred.

Ivory Is Worth $1 Million

A veteran of journalism, Ivory’s net worth is estimated to be about $1 million. Her primary source of income is her long tenure as a journalist and reporter. She has broken many substantial news stories that have put her in the spotlight and changed the status quo.

Information regarding her salary and income is rarely out, however, as per some sources, an average American journalist earns around $42k per annum. However, with a years-long experience, Ivory undoubtedly receives a greater sum of money. Moreover, FOX 26 journalists earn around $66,000 annually, so we believe Ivory's payment in the same range.

Ivory Is A Fitness Enthusiast, Social Media Personality, And Philanthropist

Apart from being an esteemed journalist, Ivory is a media personality and a fitness buff, as well. She is a prominent figure on Instagram, currently has 18k followers.

Ivory is a dedicated fitness enthusiast, spurred on by her fitness enthusiast parents. She created an Instagram account dedicated solely to teaching fitness and diet as well as chronicling her workout routine and outdoor activities. Ivory also has her own YouTube channel, where she shares clips of her work.

Ivory is also a noted philanthropist. She is a humanitarian who supports a variety of different charitable causes. In her spare time, she also enjoys singing and playing the guitar. Ivory is not known to be dating anyone at the moment; neither is she rumored to be with anyone.