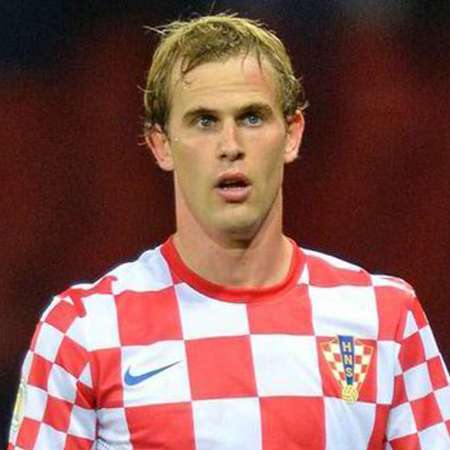 Ivan Strinic is a Croatian Football player currently playing as a defender for the Croatian National Football Team and FC Dnipro Dnipropetrovsk as a squad number 17. The date of Birth DOB of Ivan Strinic is 1987 July 17 at the place called Split of Croatia. He cherishes the Height of 186cm and weight of 77 Kg. He started his professional career from the year 2006. His Salary is not disclosed yet, however, his net worth is estimated to be around $2 million. His current market value is 5,00 Mill. €. His highest market value 6,50 Mill. € in 2015.

Ivan Strinic started his youth career from his native club called Hajduk Split. In 2006 he joined Le Mans B. He signed the contract of a year in this club. From 2006 to 2007 he made 11 appearances from the club without contributing any goals. A year later in 2007, Ivan joined Hrvatski Dragovolijac. He stayed in the club for a season 2007-2008. He played 22 matches from the team contributing 1 goal.

In 2008, he signed the contract with his youth club Hajduk Split. This time as a senior player, on his first match of the season, he played against NK Zadar with 1-0 win for Hajduk Split. He stayed in the club from 2008-2011. In this duration, he played 51 matches bagging 4 goals for the club. After the expiry of his contract, he joined to FC Dnipro Dnipropetrovsk in 2011. He is currently a team member of this club. He has played 72 matches bagging 4 goals for the club so far.

Altogether, Ivan Strinic has played 54 games for the nation bagging one goal. Ivan Strinic is the first choice defender for the Croatian National Football Team. He had played three games in the UEFA Euro 2012 in Poland. He had assisted nicely for equalizing the result to Mario Mandzukic in the match against Italy. He was in the team of Hajduk Split when the club won the honor of Croatian Cup in 2009-2010 seasons.

Ivan Strinic is not famous in the world Football arena comparing to his fellow teammates this time around. But he is an enthusiastic young football player praised for his club loyalty, passing, vision, and durability in the game. His discipline in the game, durability, shooting, and tackling skills are very appreciable.

He is the first choice defender in the Croatian National Team. Ivan Strinic has great technique in the game as a defender. He plays a key role in the team and will be playing for the National Team in FIFA World Cup 2014. However, his skills in dribbling or controlling the ball, speed, creativity and especially diving are the things he needs to work on for the better performance.