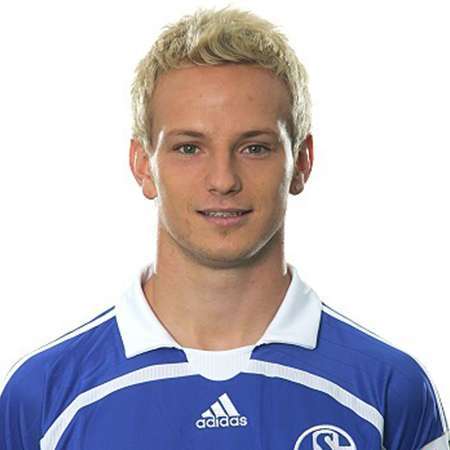 Ivan Rakitic is a Croatian footballer who is a Swiss by birth and currently plays for Sevilla FC in La Liga, as a central or attacking midfielder. He is particularly well known for his passing range as well as scoring goals from midfield.

Rakitic was born to a Croatian family in Mohlin, Switzerland on 10th of March 1988. His father’s name is Luka Rakitic and his mother’s name is Kata Rakitic.

He spent his childhood and early career in Switzerland as his parents emigrated to Switzerland before the war in Croatia. Rakitic with a nickname Rakete has a height and weight of 184 cm and 76 kg respectively. His preferred foot is right.

The professional career of Rakitic started at Football Club Basel. Although he played only two matches with Basel during his first professional season, Rakitic went on to establish himself as a regular contributor in the second season during which he scored 11 goals in 33 Super League appearances.

Also making nine UEFA cup appearances and was named the best young player of the 2006-07 Super League season along with receiving the Swiss ‘Goal of the Year’ award for an impressive goal which he scored against FC St Gallen.

He spent two seasons in FC BASEL before being signed up by Schalke 04.  He spent three and a half seasons in German Bundesliga and after that, he was signed by Sevilla FC on January  28, 2011. After playing there for two years he was assigned as the club captain.

On the International scenario, Ivan Rakitic made his debut for the Croatian national team on 8 September 2007 in their qualifying match for UEFA Euro 2008  as a substitute. Later he was added to Croatia’s squad for the UEFA Euro 2008 tournament in Austria and Switzerland, where he was the second youngest player. He also represented Croatia in UEFA Euro 2012.

Rakitic was nominated the best young player of the 2006-07 Super League season along with receiving the Swiss ‘Goal of the Year’ award for an impressive goal which he scored against FC St Gallen.

Rakitic is married to his Spanish girlfriend Raquel Mauri. The national team mid-fielder is to become a father. The pair, who are expecting a baby girl later this year have bought a house in Seville.

As siblings Ivan has a sister Nikol Rakitic, he also has a brother whose name is Dejan Rakitic, who also played football as a defender shortly before suffering a major injury because of which Dejan was unable to pursue his career and was out of the action permanently. Ivan is fluent in the German Language, Swiss German, Croatian language and English language.