It is rumored that the 15 years old Canadian Actress Alisha Newton has a boyfriend. Is that true? 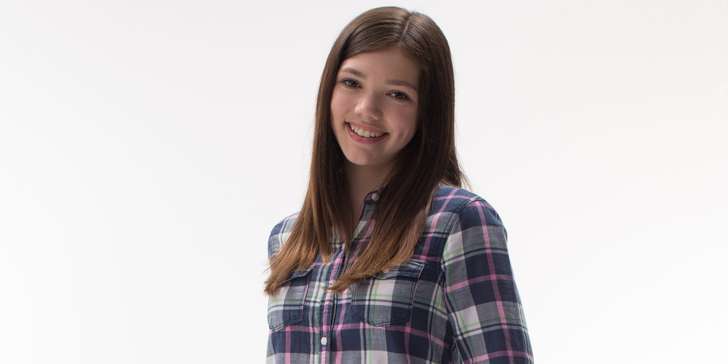 Despite her young age of 15, Actress Alisha Newton has been appearing in the television, films and commercials over a decade but there is no any news of her affair with any boyfriend and her dating with him. Strong and compelling performer Alisha did her big screen debut in "Percy Jackson - Sea of Monsters", where she played Young Annabeth. This Canadian actress is nowadays known for a famous Canadian TV series Heartland where she plays a role of Georgie.

Alisha joined the cast of Heartland over the past four season when she was just 10 years old. Besides Heartland Alisha also plays on other interesting acting project while Heartland is not in production as we can see her in the television movie, The Tree That Saved Christmas, When Calls The Heart and most recently in The Hollow. Natural, Intuitive and Professionally talented Alisha was awarded in 2013 with the Young Artist Award in Los Angeles in the category of Best Performance in a TV Series for her role as Georgie on "Heartland".

Happy Father's Day to the best Dad EVER! #FathersDay pic.twitter.com/MNsNuFJPA5

Alisha Newton was nominated for 'Best Newcomer' at UBCP/Actra Awards for the same role in Heartland in 2014. This year she won at the Joey Awards Canada for the same role and received a consecutive Joey Award nomination for her impressive work on Heartland. She may not have fallen in love with a guy but she is very passionate about horses and is in love with it. Alisha is an accomplished rider in both English and Western desciplines and loves to spend her spare time at the barn with her horse.

In Heartland Alisha (Georgie) has a best friend named Steven who she met in seventh/eighth season and has been hinted that they have a romantic spark, but this may not be grown. In Heartland she is a naturally talented jumper, which reminds of Ty of Amy on Spartan when she jumps with Phoenix who is a horse that she loves. Alisha who was born in Vancouver on July 22, 2001 started developing her passion for acting since she was four.