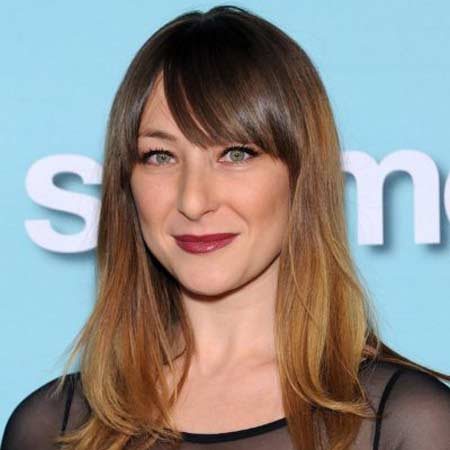 Isidora Goreshter is an American actress who is mostly known for her character Svetlana Fisher; a Russian Prostitute on the American comedy-drama television series, Shameless. Starting off as a guest character she became series regular in 2016. Goreshter made her big-screen debut in 2013 in the thriller movie Paranoia. Her other movie credits The Petal Pushers, A Leading Man, Happy Anniversary, and an award-winning short film Wonder Girls.

Goreshter was born on October 24, 1981, in Long Beach, California, the USA, under the birth sign Scorpio to Emil D. Goreshter and Dina Fraiman. She was named after her granny who pa s sed away before her parents moving to America from the Soviet Union.

She has an older brother named Eugene Goreshter. Her mother was a musician and her father was a computer programmer. Isidora is the first of her family to be born in the United States.

An American by nationality, Isidora belongs to Ashke - Jewish ethnicity. Goreshter graduated from the California State University in Long Beach and earned a degree in art history and theater. She also received acting trained from the Stella Adler acting conservatory.

At the age of 3, Goreshter began performing on stage and later made her appearances in many stage show productions like Laundry, Waiting For Lefty, Beirut, Waiting for Godot, and many more. Moreover, as a child, she competed in gymnastics.

Isidora Goreshter made her acting debut in the motion picture Paranoia. She shared the screen with Gary Oldman, Harrison Ford, and Liam Hemsworth.

Goreshter then made her appearances as supporting roles in the movies like A Leading Man, T is for Twig, and the award-winning short Wonder Girls.

She started the show as a guest character, but because of her performance and popularity, she became series regular in the 4th season of the show. She has appeared in more than 54 episodes.

Goreshter also played one of the lead roles in Georgia in the 2018 romantic comedy film, Happy Anniversary opposite Noël Wells, Ben Schwartz, Rahul Kohli, and many more.

How Much Is Net Worth Of Isidora Goreshter?

Goreshter has an estimated net worth of $2 million as of March 2021- most thanks to her acting career from an early age. Turned professional in 2008, the Canadian actress worked in several theatre productions, TV series & films, totaling 26 acting credits through the span of a decade.

Notably, Isidor grabbed a considerable sum of money through her work as a recurring-turned-main cast in Shameless; allegedly in the 6-digit figure per episode. Reportedly, the lead stars such as William H. Macy &  Emmy Rossum grabs $350K per episode.

Besides, she is also involved in many advertisement champions and endorsement deals which adds more to her value.

Relationship Status Of Isidora Goreshter- Is She Married or Dating?

Isidora Goreshter, currently in her late 30s, lives a low-key life and does not share much about her dating life and relationships. She is a very private person. Seems over these years in the fame industry, Isidora not only well-maintained the charms of her on-screen versatility but also has mastered secrecy about her personal stuff.

Despite the fact that her Instagram account (@isidora) has more than 543K followers, she is not much active on the platform. Goreshter's Twitter account with the handle @IsidoraGore has over 58.1K followers in early 2021.

In February 2016, Goreshter was spotted holding hands with an actress, Shailene Woodley on Valentine’s Day. The fans questioned about the relationship and her sexuality after she pa s sed a statement about falling in love. She said,

‘’ I fall in love with human beings based on who they are, not based on what they do or what sex they are"

Later, they confirmed that they were only friends and nothing more.

Moreover, some online sources claim that she is already married and has a child, but the news is not confirmed yet. No records on her past relationship or former boyfriends are out.