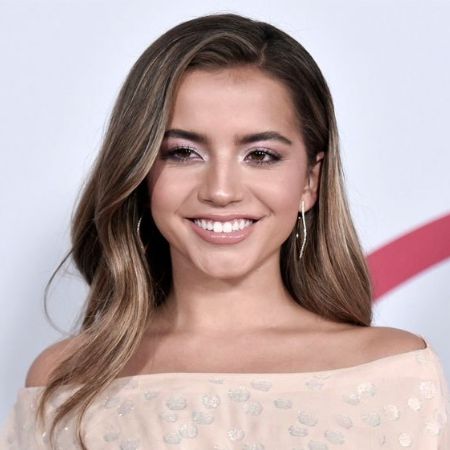 Isabela Merced AKA Isabela Moner is an American actress and singer who has had many high-profile roles in movies like Transformers: The Last Knight and Sicario: Day of the Soldado, and portrayed the titular character in the live-action adaptation of the animated Nick Jr children's series Dora the Explorer, Dora and the Lost City of Gold.

How Old is Isabela Merced? What is her Height?

Up until October 2019, she went by Isabela Moner but decided upon the name Isabela Merced to honor her late grandmother.

Isabela started performing on-stage at six and made her Broadway debut at eleven. Merced is adept at singing, dancing, and acting, the trifecta of the performance arts.

She made her film debut in the 2013 horror film The House That Jack Built and the following year, had recurring appearances as Jenny in the NBC sitcom Growing Up Fisher.

Her first starring role on television was as CJ Martin in the Nickelodeon comedy series 100 Things to Do Before High School. 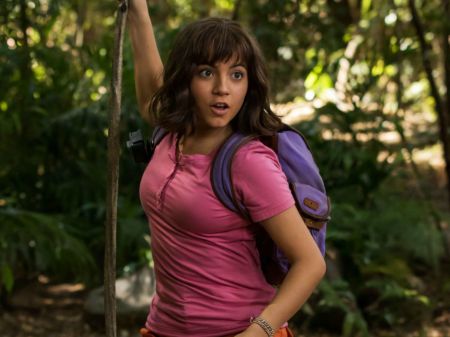 Isabela Moner as Dora the Explorer in Dora and the Lost City of Gold SOURCE: Reddit

From 2014 to 2015, she voiced one of the main characters, Kate, in Nick Jr Dora the Explorer animated spin-off series, Dora and Friends: Into the City! Half a decade later, she played the titular character of Dora in the 2019 live-action adaptation of Dora the Explorer, Dora and the Lost City of Gold.

In 2017, Merced landed her most mainstream role up to that point as Izabella in Michael Bay's Transformers: The Last Knight starring Mark Wahlberg. She also played Isabel in the 2018 crime-action thriller Sicario: Day of the Soldado starring Benicio del Toro and Josh Brolin.

She was also part of the ensemble cast of Netflix's 2019 Christmas film Let it Snow and will star opposite Jason Momoa in the upcoming action-thriller Sweet Girl, also for Netflix.

Merced is also a singer behind such hit songs as "apocalipsis", "PAPI", and "Don't Go". Most of her works are found on YouTube, Spotify, and SoundCloud.

At the time of this writing, Isabela Merced is believed to have a net worth of $3 million based on reports by celebritynetworth.com. Her wealth is attributed primarily to her career as an actress with her music career bolstering her revenue stream to the seven figures. 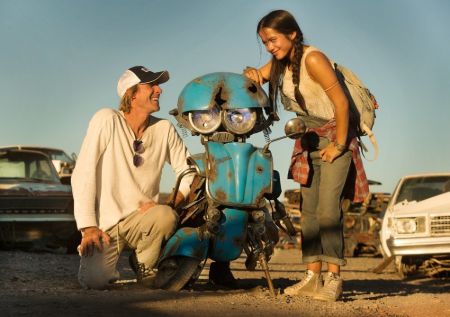 As an actress, her income sources include salary from movie and television contracts and media appearances. On the other hand, as a musician, her revenue stream includes record sales, touring, merchandise sales, and public appearances.