Is the rumor of Chrissy Teigen being pregnant with John Legend's second child true ? 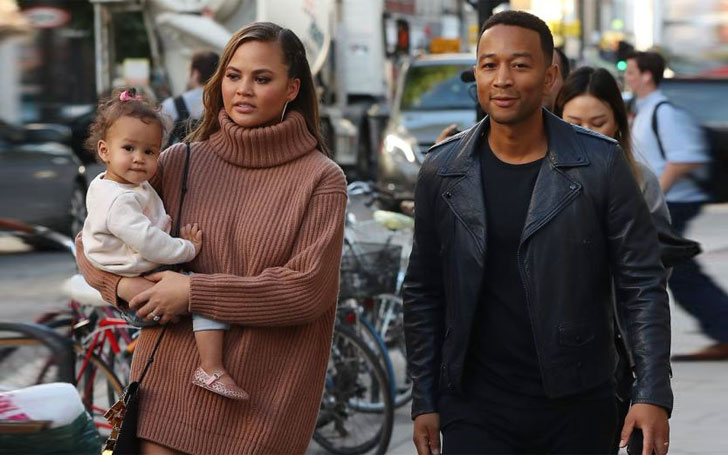 Christine Diane Teigen is an American model and TV personality, who is also known as Chrissy Teigen. She had started her career as a Model and made her debut in 2010 from annual Sports Illustrated Swimsuit Issue and in 2014; she was featured on the cover of the swimsuit issue.

On 2013 September 14, she married to her boyfriend John Legend, a musician. Their marriage ceremony took place in Italy. They first met on the set of John's music video for “Stereo”. They got engaged in of 2011. She gave birth to her first child at age of 30, in April 2016 and named her Luna Simon Stephens and after the three months of her first child, there is a rumor that Chrissy Teigen is pregnant with John Legend’s second child.

This is an Instagram picture of John Legend when they were going to have their first baby.

Chrissy just joked with her snap chat followers on Wednesday telling them that she had an announcement to make about pregnancy. At last, she told it wasn’t about her pregnancy. It’s about Laura. She just clarifies that the rumor about her second is not true.

John Legend is an American singer, songwriter, and musician. Legend also has interest in social and charitable work. He has supported a Harlem Village Academies, a New York City organization that runs a several charter school. Legend has won 10 Grammy award, one golden globe, and one academy award. In 2008, legend sang in the video for American President Barack Obama, Produced by Will.i.am called “Yes We Can”.