Is Meg DeAngelis Single or Dating? Has She Moved on From Alex Aiono? Details About Her Relationship and Affairs! 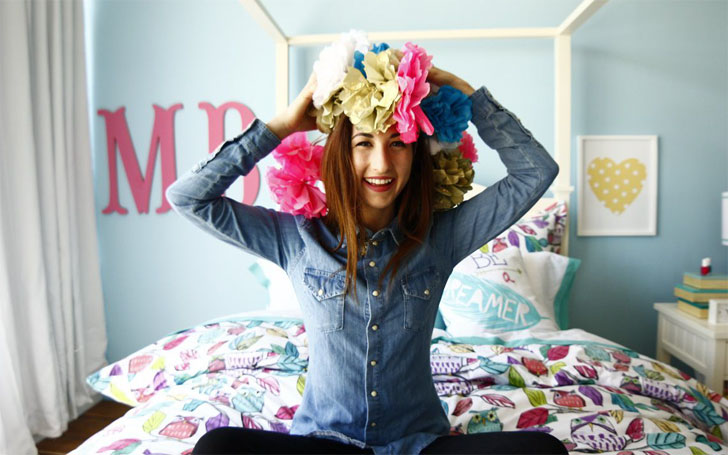 If you are among the subscribers to the popular Youtube channel MayBaby, then you are most probably familiar with the beautiful 22-year-old Meg DeAngelis, a Canadian Youtuber whose videos focus on fashion and lifestyle topics.

With above 5 million subscribers on her YouTube channel as of September 2017, the Summer Forever actress has made her mark among the YouTube community.

The Dance Camp actress Meg DeAngelis has millions of fans curious to know whether or not she is single, or if she's dating. Could the actress-YouTuber be already married?

Who is Canadian YouTuber Meg DeAngelis Dating? Is She Still Single?

The 22-year-old talented YouTuber was in a relationship with another popular YouTuber, Alex Aiono. Their chemistry and romance reached new heights with their hit web series 'Royal Crush.'   However, the couple broke up after the first season and got back together for the series' second season.That was 2016!

The talented and young YouTubers were pretty famous for their romance. Unfortunately, their affair was short-lived and they separated after two-months of dating. Now the couples are in the "just friends" category.

this is one of those "wait till you see it" photos ??

Many fans even speculated that they didn't date in the first place and that it was all for the promotion for the series. Sounds like a plausible theory! Well, that's all the past now.

Forgot to post this gem. Thanks for letting me crash your tour you're the best

While Meg DeAngelis seems possibly single and happy, Alex Aiono is seen cozying up with a bunch of ladies, he claims they're all his friends though! Fans are crazy about Alex and Sabrina Carpenter's relationship, everyone wants them together, but they claim they're only friends!

And for a trip down memory lane, check Out Behind the Scenes of Royal Crush Season 3 w/ Meg DeAngelis and Alex Aiono:

Do you think Meg DeAngelis and Alex Aiono dated for real? Or was it just a publicity stunt? And, is Alex really dating Sabrina Carpenter?