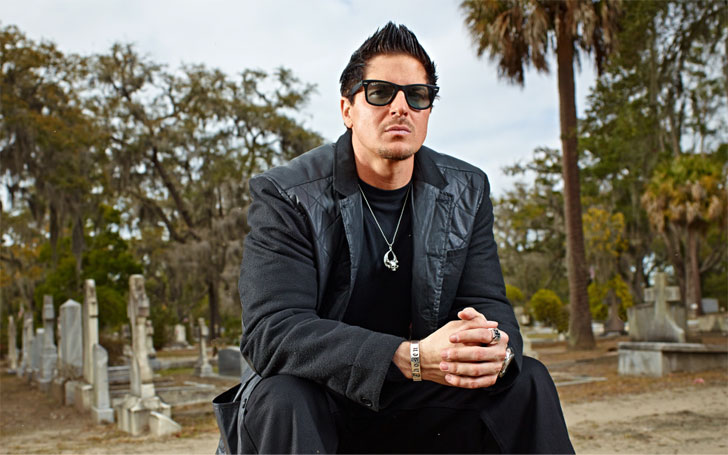 Zak Bagans, the famous lead investigator and co-founder of the ‘Ghost Adventure Crew’ is rumored to have started dating Marcy Delatorre. Aren’t you tired of hearing this name which basically has no identity as of yet?  Let's find out who she is.

Is Marcy Delatorre Bagan's real girlfriend? There are also rumors that Zak is gay. What is true? Let's break it down!

Zak Bagans and His Rumored Girlfriend

Marcy Delatorre is Zak Bagan's girlfriend, yes you heard us right, but only as a fictional character in the book named ‘My life as a Zak Bagans' girlfriend published on Wattpad. It is basically fanfiction. There is no actual person called Marcy DeLaTorre, she is a character created by Casey Rose.

There are many fan fictions about Zak Bagans on Wattpad. There is one that's called Being his Daughter. Bagans sure has some hardcore fans.

Zak Bagans And His Real Fiancé

Back in 2014, Zak tweeted about being engaged with Ashley, sharing a picture on Twitter.

My fiance Ashley and myself wanna say thanks to you all for your messages! A happy day to a new beginning! pic.twitter.com/pJKIH9fRSv

Also, some of his fans back in 2014 shared a screenshot of his post from Twitter in which he shared his desire for marriage.

But unfortunately, as of now, there is no news on any update regarding his engagement. Whether or not they are married is still a mystery.

TheWorldsMostRandom posted a video where Zak Bagans and Aaron Goodwin have committed that they are gay. When asked if they were dating each other, they simply reply with a ''yes''. Their ''yes'' was intended as fun rather than a serious answer. But it does make you think since the co-hosts don't really have a public relationship with anybody else!

But hey! This video was only made for entertainment purposes, but who knows, right? If one day Zak Bagans does come out as gay, you read it here first!

Zak is now in a relationship with his girlfriend Holly Madison, Girls Next Door star. According to People Magazine, the couple already knew each other before Madison visited Bagans’ Haunted Museum in Las Vegas in May 2019.

Holly was previously married to Pasquale Rotella. She started dating Zak just after four months her divorce was finalized with Rotella in Feb 2019.