Is Love & Hip-Hop's Brooke Valentine Married? Details about her Affairs and Divorce Rumors! 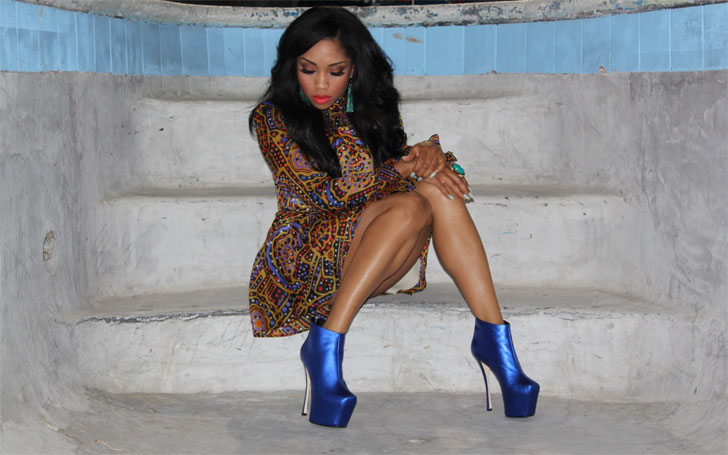 Nothing can be compared with a mother's love as a mother is the only person who can give up her every happiness for her child. Singer Brooke Valentine is an inspiring mother who chose to take a break from her career during its peak point just because her child needed her. That was in 2010, and now Valentine is actively working in Hollywood.

Today, we are breaking down the dedicated single mother's love life. Is she married? Does she have a boyfriend? or is Brooke Valentine single?

Black is still a legally married man whereas Valentine is a single mother of a son, London, who was born in 2010. Brooke has kept the father of the baby a mystery to date.

Valentine whose more than 290,000 copies of debut album Chain Letter were sold worldwide apparently wants to marry Marcus Black but the problem is Black is still married to his wife.

Apparently, whenever Black tries to talk about divorce with his wife, “there’s always a little distraction.” Despite the situation, Valentine and Black appear cozy in the show.

Brooke Valentine is a loving and dedicated mother. While she was on the top of her career, she chose to take a break from her career since her son needed her. Her son, London, was diagnosed with cerebral palsy since she had a complication during her delivery.

She said in an interview with Essence

"They gave him an MRI and within 30 minutes he had over five seizures. He was only a day old at this point. I drove two hours to get to him. That eventually led to his diagnosis of cerebral palsy and hemiplegia. I’m thankful to God that the seizure disorder is not an issue as of now."

She also shared with other parents she is not embarrassed by her son's condition or afraid to take her child out in public or to introduce him to her friends and family. She said:

"I just want to be that voice that says it’s okay and we can make it through this. Our kids aren’t aliens. It just means you have to pay a little more attention to certain things, but they’re gonna be okay. We have to stand up and show other parents that it’s okay. It’s not going to go away anytime soon, so we have to take it head on."

Valentine also revealed that she used to cry looking at London's medical records but his smile gave her strength to fight for him. She has dedicated a video for her single Forever to London to her son.