Is Kevin Quinn Currently Single?Who is he dating Currently?Know about his Affairs and Relationship 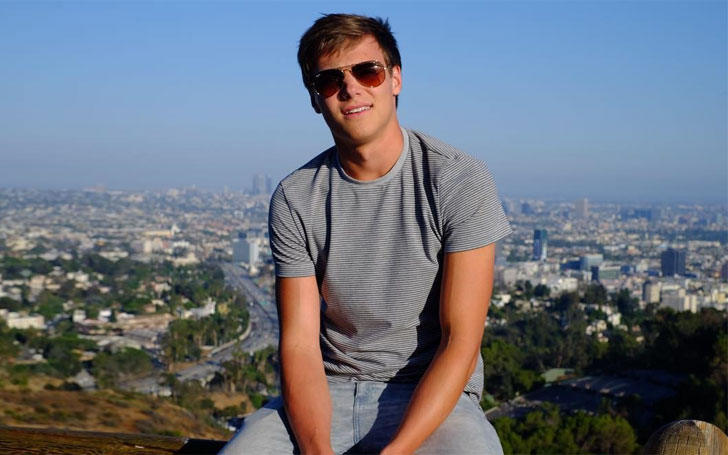 Are you the fan of the Disney series Bunk'd?  Then you should surely know the guy Kevin Quinn. Quinn first caught media attention when he appeared as a contestant on the American Idol season 12. He, later, well known from Disney original series Bunk'd where he was in the main role as Xander. He is a talented young man and has a bright future in acting.

Quinn is recently working in his new indie drama Canal Street and is looking for his musical debut. He is a talented person and has a big fan following. Quinn is a very handsome guy backed up by a huge female fan group.

But is Quinn is in a relationship or is he single? If yes, Who is the lucky girl that he is dating? We are all about Kevin on today's capsule so stay close as we explore your Disney star's personal life.

Kevin is a talented and versatile guy but when it comes to the relationships, he is quite not interested in that well, it's at least what he wants his fans to believe in.

According to sources, Quinn is currently single. It seems surprising that an actor who is featured as a romantic guy is very successful on screens but remains single. He was featured in Disney Tv Series Bunk'd (2015) in the lead role where he acted with Peyton List.This Couple was really liked and supported by the fans. Quinn and List both created great chemistry and presented it very natural that everybody started loving this couple.

Later Quinn was featured with Sabrina Carpenter in another TV series  Adventures in baby sitting (2016).This was another Tv movie by Disney. Sabrina and Kevin both seem very realistic in their roles in this one as well.Though Sabrina was in a relationship with Corey Fogelmanis she delivered quality performance with Quinn.

Kevin is a really hard working person. He is recently working on his new series Canal Street and when he is free, he goes down with his musical instruments.

Kevin has also been a part of Midwest Young Artists "VX-Voice Ensemble," an in-studio recording group under the direction of Emmy Award winner, Gary Fry. He is planning to become a successful director in the age of 28.

Well, we see the 20-year old guy is doing quite well with his future planning let's see what he is gonna do in the upcoming days.

This all we have for today for more info stay tuned with AB.