American sports television host and podcast host Katie Nolan, who is famous for hosting a weekly ESPN podcast, Sports? With Katie Nolan is quite secretive when it comes to her personal life. However, the 34 years old television host is reported to be dating.

So, who is her boyfriend? Is she engaged? Has Nolan spoken up anything regarding taking her relationship to the next level?  Know everything below:

Is Katie Nolan Married? Who Is Her Boyfriend?

Everyone might be familiar with the fact that Nolan is not married at all. The television host has kept almost every detail of her personal life away from the media. But, now, sources have confirmed her relationship.

The beautiful television host is currently dating boyfriend Dan Soder, who is a comedian. It is reported that the rumored couple met through their interest and involvement in comedy. Her rumored boyfriend has appeared on her shows for many years.

The news of their romance surfaced on the media after they posted photos of each other on social media back in May 2020. 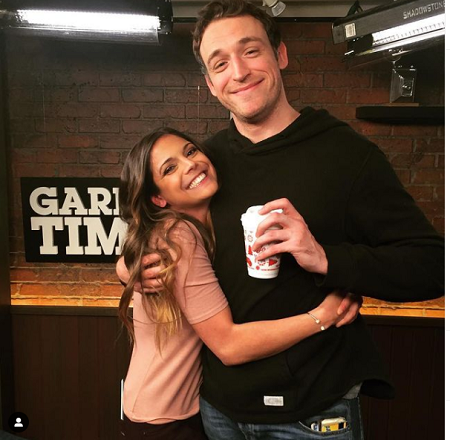 Back on 14th January 2021, Nolan’s boyfriend Soder confirmed the relationship during a talk with Kevin Clancy. During the interview, Soder revealed how weird it was for him and his partner to have their romance headlines on the news.

In the same talk, the actor also admitted that he has always wanted to keep his personal life away from the limelight. In the end, he praised how fun personal his girlfriend was.

Besides this, both Nolan and Soder have not spoken up much about it. Keeping everything secretive, they are enjoying a happy time together.

Who is Katie Nolan’s Boyfriend?

Similarly, Soder has worked in a handful of movies like Inside Amy Schumer, It Had to Be You, Trainwreck, Billions, Night Train with Wyatt Cenac, Drunk Parents, Robot Chicken, among others.

Soder was born on 24th June 1983 and is currently 38 years old. He was born in Hartford, Connecticut, the United States of America. His nationality is American and belongs to the Irish ethnicity. While studying high school, he lost his father to a protracted illness, whereas two years later, his sister died in a car accident.