Is Kamala Harris Happy with her Husband Douglas Emhoff? Know all the details about her Married life!! 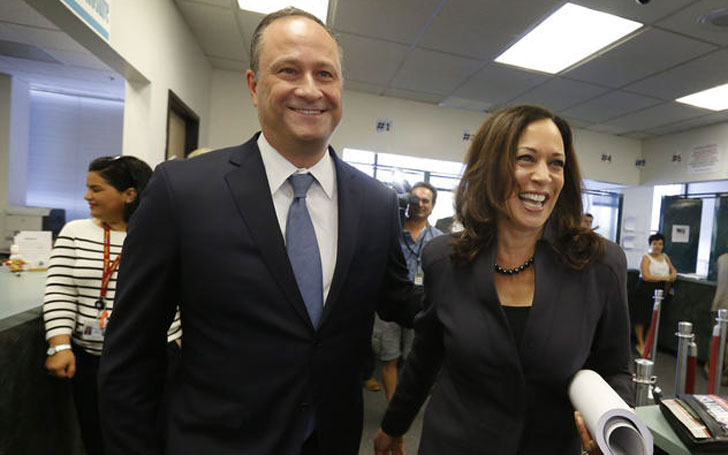 Hollywood is a place where marriages and divorces are very common and when it includes high profile celebrities, everyone has their eyes on their married life.

Like every normal individual, celebrities also claim that their failed relationship was not as satisfactory as they expected after separation. But the whole statement is proved wrong for Kamala Harris' husband, Douglas Emhoff.

Today, we bring our readers with a beautiful marital life of Kamala Harris and Douglas Emhoff. So, let's find out how the couple met for the first time and more about Harris's husband here from this column.

Harris and Emhoff proved that there are no any boundaries to fall in love. They proved that random blind date could work out into a beautiful and healthy bond. As per SFGate, one of the Harris' friends arranged the blind date where the couple met for the first time. 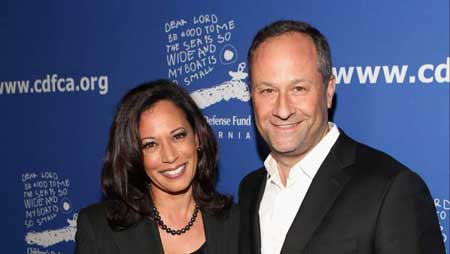 During their first meeting, Emhoff was divorced for four years. After falling in love with each other, he proposed Harris giving her a diamond and platinum engagement ring in her apartment. The couple planned to tie the knot within six months of their engagement. And later after six months, the couple did what they said.

Now, the couple shares almost three years of married life together and still counting on. Media has not broadcasted any of their divorce or separation issues. Harris happily shares the pictures of her husband in her Instagram account.

Wishing you and your loved ones a wonderful Valentine’s Day!

Harris is the second wife of Douglas Emhoff. He was previously married and has two children. While checking Emhoff's official Twitter account, he shared a picture of his son, Cole's graduation. Emhoff's second child, his daughter, Ella, is a senior in high school.

Who is Kamala Harris' Husband?

The lucky man to tie the knot with Kamala Harris is Douglas Emhoff. According to his LinkedIn account, he has been the Managing West Coast director for Venable LLP since August 2006. The couple is happily living in their LA-based home.

My swearing in ceremony for DC Bar today with my lovely wife @KamalaHarris. pic.twitter.com/PrsQSZOage

According to Venable Biography, Emhoff focuses on the complex commercial, advertising, media, intellectual property litigation matters, and entertainment. Before joining Venable, he was a partner of his firm, Whitwell Jacoby Emhoff LLP. Moreover, he has experience of working in Belin Rawlings & Badal, Bingham McCutchen LLP, and Pillsbury Winthrop Shaw Pittman LLP.

According to the Sacramento Bee, Harris and Emhoff revealed their 2015 tax returns in October 2016. The papers showed that the couple earned $1.17 million in 2015 and paid around $450,000 in state and federal income taxes.

Leaving all the professional life aside, Kamala Harris and Douglas Emhoff are happily enjoying their blissful marital life without any rumors of divorce or separation.