Is journalist Jorge Ramos still single after 11 years of getting divorced? Find out here 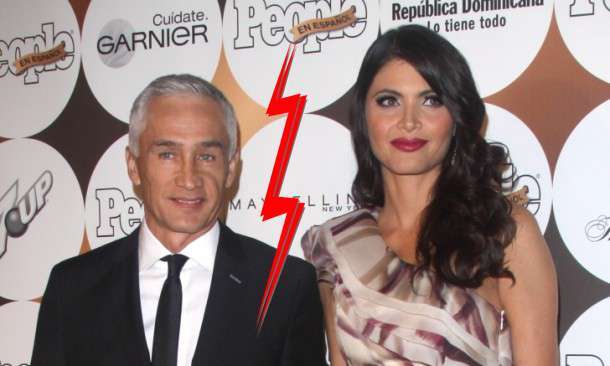 Jorge Ramos is well-known Spanish journalist in U.S. and author who works for Univision Television Network. He presents Political news program Al Punto and Fusion TV English -language Show America with Jorge Ramos. Emmy Award journalist is living in the eyes of his fans though they want to know his personal affair.

Yes, Ramos is not married after his divorce with previous wife Lisa Bolivar since 2005. However, he began to date Mexican actress Ana de la Reguera after onwards. He broke up with her in 2011 and started to date Venezuelan TV host and actress, Chiquinquirá Delgado.

Jorge's Girlfriend Chiquinquirá Delgado Díaz
Jorge has been an affair with Chiquinquirá who is Venezuelan model, actress and TV host since 2011. She was searching best partner at that time and she founded her co-worker Jorge and that is the best decision for her.

Chiquinquirá co-hosted the Univision show Mira Quien Baila in America. Before dated with Jorge she already divorced two spouses. She is 44 years old beautiful lady still has an energy and beauties of young age. Jorge and Chiquinquirá live together in Miami, Florida.

Jorge's married life
Jorge has been married twice. His first spouse was Gina Montaner who was the daughter of exiled Cuban author Carlos Alberto Montaner. Gina had birthed a child Paula on 1988. In 1992 he separated with Gina and married second time with Lisa Bolivar in a Roman Catholic Ceremony at the Cathedral of San Juan Bautista in San Juan, Puerto Rico. His relation was happy with his wife however he divorced her in 2005.

Ramos and his Ex-wife Lisa in one event

Jorge has one son from Lisa, he announced in June 2015 that his daughter Paula  works for the  2016 Hillary Clinton presidential campaign. Jorge has altogether two children from his married life.

Ramos has a dual citizenship of Mexica and America. He was born in Mexico City in Roman Catholic in the year 1958, later he received the U.S. Citizenship in 2008. He holds a degree in Communication and journalism.

Ramos currently lives in Miami,Florida with his girlfriend Chiquinquirá. Ramos himself is an author as well he has written several books in English and Spanish language. He is near to 60's age but still has a passion and energy of youth shows through his profession.