Is Jessi Combs Still single or Married? Details About Her Affairs and Relationship 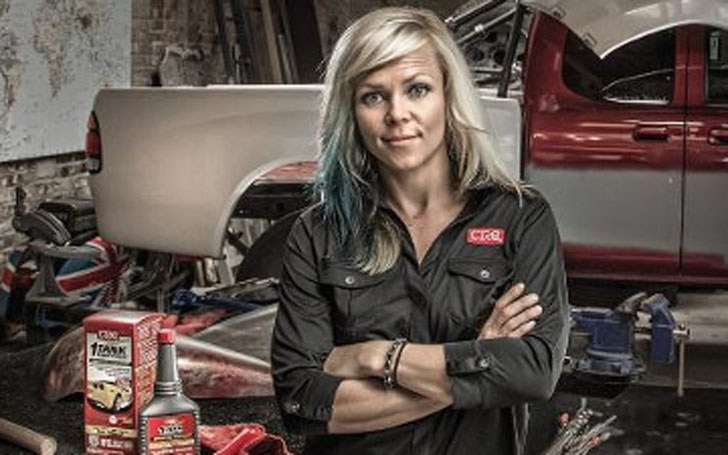 American television personality and metal fabricator Jessi Combs comes in the media repeatedly, participating in a wide range of racing events with successes in many.

Apart from her incredible career, her personal life is something that's dragging everyone's attention. Know whether the star is still single or dating someone special at present here

Jessi Combs is a competitive racer full of grace and charm. The TV personality is enjoying her life with a huge fan following. And the huge fan following is curious to know more about this racer's personal life. Jessi Combs posing in front of a car

Combs personal affairs are comparatively secretive as she doesn't reveal anything much about her romantic life or life away from the races.

Many of her loving fans and the media speculate her to be single at present while many think that she is a lesbian. You never know what's hidden behind the curtain!

Though she's never open about her relationship status, her deep love, and interest is never hidden.

I don't always drink out of a straw, but when I do, I drink from a swirly straw.

During an interview with Autoblog back in January 2016, she explained,

There's so much ... By trade, I am a metal fabricator, so I have a degree in custom automotive fabrication. I've been hosting automotive television for about 13 years now, and what got me into cars was that I always wanted to be better, lighter, stronger, faster than the guys. Now that my building career has kind of gone full circle, it's really nice that it's getting back into more of the driving career. Cars are my life. They're my everything, and if it has a motor, I love it.

Well, it seems like cars are everything for her!

Jessi Combs And Her Relationship With Chris Jacobs

She's most probably single at present, but she was once rumored to be dating co-host, Chris Jacobs. Jessi met Chris for the first time on the sets of Overhaulin.

They became good friends instantly. Their shared interest in automobiles played a crucial role in their close relationship.

The reality star who appeared for the first time in Spike at the age of 22 was married in the past. Some sources say that she met her so-called ex-husband and co-host Ian Johnson on the sets of Spike.

Combs was apparently pleased in her relationship when she was working on the show 'Xtreme4x4'. Jessi even posted a couple of images on her social sites including birthday celebration and perfect moments on the beach.

Jessi Combs and Ian Johnson together,

But life doesn't always move in our direction. The star faced some regular tensions in her married life, and the relationship took a turn into a divorce.

In addition to all sorts of matters going on her rollercoaster life, she remained pretty cozy with Chris Jacobs in 2012. However, the rumors about their relationship vanished as time passed by.