Is Fox's Eboni Williams married? Does she still support Donald trump? All the details here 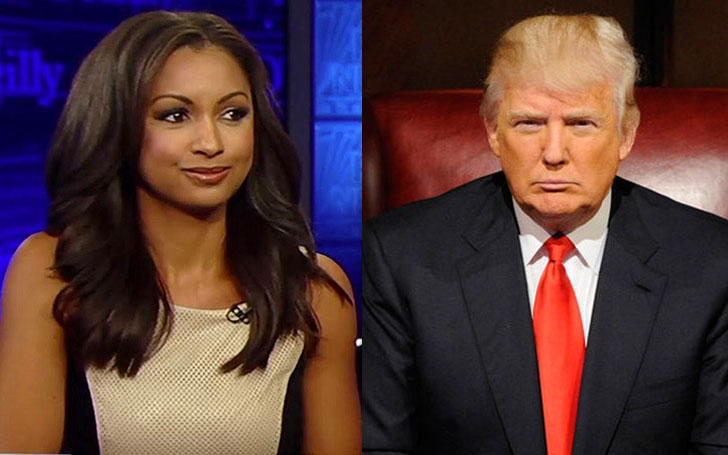 Eboni K. Williams, an American political and legal analyst on Fox News Channel has been appointed as the co-host of Fox News Specialists on May 1, 2017. Before working in the television industry, she worked as a defense attorney.

Eboni is a popular contributor to the Fox News Channel and occasionally appears in several of Fox's programs such as Outnumbered, The Five, and The O’Reilly Factor.  Popular among fans, many are curious about her love life. Is Eboni Williams married, or is she single? Does she support Donald Trump? We'll find out all the details here.

Eboni K Williams is enjoying peak success in her career these days. And even during the start of her career, Wiliams was never vocal about her personal life. She has always maintained silence about her affairs and dating life. Most journalists tend to do that. Here are the five facts about Eboni Williams', you may be interested to know.

Williams isn't exactly the kind of person to post personal details related to her romantic life on social media. She keeps such a professional ground, it's very impressive, to say the least. But, we sure are a little disappointed about how we don't know her more personally.

However, we do know that she is close to her family. She frequently posts about her family on her social sites. She says that her mother was always there to support her and was serious about her study. Given that how much of a family woman Williams is, it is quite certain that she isn't married, or she'd at least post a few pictures of her socials.

POTUS Donald Trump recently fired the FBI director James Comey on 6 May 2017 claiming that he was not the right person for FBI and US people. President Trump's press staff said that  Mr. Comey’s handling of the investigation into Hillary Clinton’s use of a private email server wasn't going well and that is why.

However,  President Trump himself contradicted the claims in an interview with Lester Holt. Since then, President Trump has been quite unpopular with the media and crowd. But, does Eboni k Williams still support him like rest of the Fox News team?

When Trump announced this news, Eboni and her co-hosts Eric Bolling and Katherine Trimpf supported President's decision and mentioned that "it allows the Justice Department to regain credibility". Williams said that

Under Comey’s tenure, POTUS Trump has become politicized and the rank and file attorneys don’t feel respected by their superiors.

On May 6 Trump in an interview with NBC’s political correspondent Lester Holt, Trump told that he fired James Comey, not because of Comey’s investigation issue into Hillary Clinton's emails but Trump is searching the right person for FBI and Comey was not the one.

.@EboniKWilliams on @POTUS-Russia probe: We don't believe anything about this investigation is going to stop just because Jim Comey is gone pic.twitter.com/VQJQFqel2H

However, after Trump’s interview, she reacted on Fox News Specialists show that she doesn't believe anything about this investigation will stop just because Comey is gone. She is still supportive of Trump after all these scandals.