Is commentator Sally Kohn married yet? Find out about her latest affairs and relationships 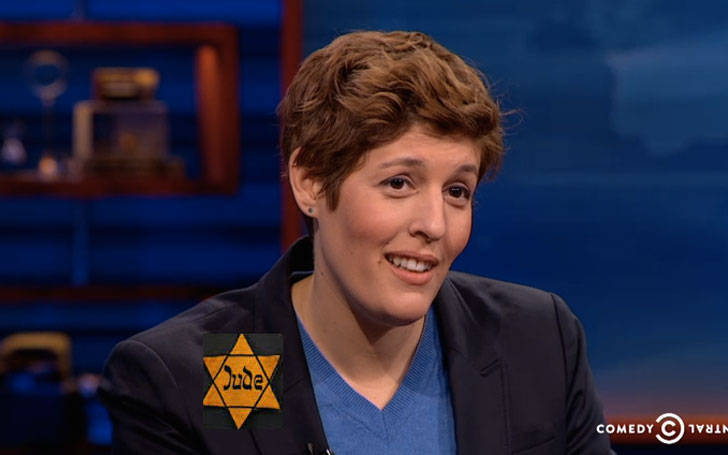 Sally Kohn is an American lawyer, liberal political commentator, community organizer, and founder and chief executive officer of the Movement Vision Lab is best known as the contributor for the Fox News Channel. She is also known for his appearance as a political commentator on CNN. She has also published her writings in publications like The Washington Post and USA Today.

The interesting fact about her, Sally Kohn is a gay and is in a living-together relationship with her partner, Sarah Hansen. She met her partner at the World Social Forum in Porto Alegre, Brazil, in 2003. The gay couple also dated for some years and started living together a few years later.

Sally has a child with Hansen. The gay couple is blessed with a daughter. Will Hansen-Kohn. Sally was also in a limelight for her statement. She once wrote in an essay in The Washington Post that, she is a gay and wants her daughter to be a gay too. The news was also published in various top magazines.

The couple is very happy at present with each other. Though the gay marriage has been legalized in the United States, Sally has not made up her mind to get married yet. She enjoys her partner’s company but has negative views about getting married. Her other affairs and her dating history is not yet revealed but is suspected to have other relations in the past.

Sally Kohn was born in Allentown, Pennsylvania to Donald Kohn, an engineer, and Melinda Kohn, a computer programmer. Her parents both were Jewish. She spent most of her childhood in Allentown

Sally received her bachelor’s degree in psychology from George Washington University in Washington D.C. She is a graduate of New York University School of Law in 2002 with a Juris Doctor. He has master’s degree in public administration from Robert F. Wagner Graduate School of Public Service.