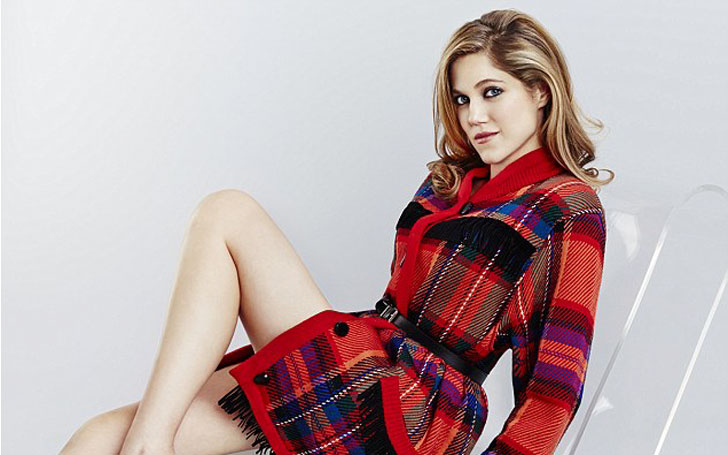 Describes herself as, ''Person, Blue eyes and Love of heights'', Charity Wakefield, is one amazing lady in Hollywood. But, for all those fans dreaming of marrying this beautiful actress, you are not on time, and Wakefield didn't choose you. Charity Wakefield has already married!

Yes, the beautiful English actress, who is known for her work in Sense & Sensibility (2008) is married to her long-time boyfriend. Let's get to know this couple!

The September-born actress/producer, Charity Wakefield, is a married woman now.

The Wolf Hall (2015) star, is married to her longtime beau David Newman who she met while playing Elaine to his Benjamin in a stage version of The Graduate in 2005.

The couple got engaged in 2012- David Newman proposed  Charity Wakefield while she was filming for a movie. It might have been a bit complicated story-line in the film with Mrs.Robinson in the way, but Newman and Wakefield's real-life love-story was much more pleasant and less complicated.

In an interview in 2015, Charity admitted that they hadn't made any plans for a wedding, but will marry eventually. They got married a year later!

Both Charity and David kept their marriage a very private affair; they didn't make any huge announcements or a row of social media posts.

Among the very few posts signaling they are married, here's one which Charity captioned:

Also, the Knot, wedding registry uploaded a picture on their website, a year ago where June 04, 2016 is stated as Charity Wakefield and David Newman's wedding day.

Charity Wakefield has been a part of the movie industry since 2004.  She started dating David Newman in 2005, and the couple is still together and married. So, Wakefield has hardly any public dating history before David.

The only romantic history that Charity shares is with her then boyfriend now husband, David Newman. Well, guess that is one of the reasons why their relationship is so healthy; no media interference!