Is Carolyn Murphy Still Single After Divorce? A list of her Affairs and Past Relationship History! 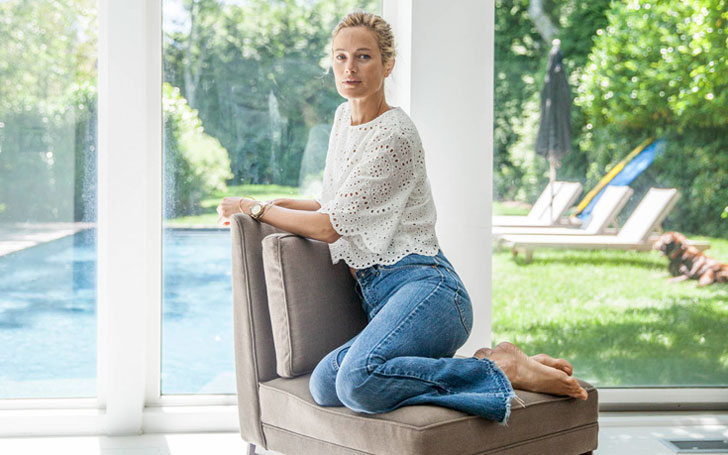 American model turned actress Carolyn Murphy who was ranked as VH1/Vogue's Model of the Year in 1998 is quite successful in her career. She is a role model to many youngs girls who want to pursue their career in modeling.

Unlike her modeling career, the supermodel's married life was quite a failure. It's not unusual for successful careers to end relationships, especially in Hollywood. Murphy married Jake Schroeder in 1999 only to get divorced in 2002.

Has Carolyn Murphy found her love and married again? Or is she dating anyone?Let's find all the answers here.

Is Carolyn Murphy Still Single? Who is she Dating Currently?

Forty-three years old Amercian model Carolyn Murphy hasn't come open about her love life since her divorce. She keeps her personal life private. Also, on her social media, she frequently posts about her professional life, vacations, friends, and sometimes about her daughter, but there is nothing about her boyfriend. We can safely assume that Murphy is possibly single. Or, it could be that she's not dating seriously! There's also a possibility that be she is dating secretly.

Carolyn Murphy is also quite busy in her career, and that is something which can keep a person away from relationships. She recently did a documentary called Walking which was premiered in January 2017.

Murphy is a proud mother of a daughter, Dylan Blue who is 16-year-old. Blue is from her previous relationship. She once shared a throwback picture of her daughter and herself on the occasion of mother's day which she captioned:

Motherhood is the greatest love of all. They grow so fast but she'll always be my baby  #mothersday

Murphy is definitely a proud mother and she shares a good relationship with her daughter.

Murphy was previously married to Jake Schroeder who is an entrepreneur. The couple had their first encounter at the surf shop that Schroeder owned in Hawaii.

Carolyn Murphy and Jake Schroeder got married in 1999, after dating for about nine months. They together have a daughter, Dylan Blue who was born in December 2000. Their relationship was short lived and the couple got divorced in 2002. Carolyn Murphy and Jake Schroeder with their daughter, Dylan Blue

The reason for the split between them hasn't been disclosed, however, Murphy won the custody of their daughter along with $1 million in cash and real estate as an alimony. According to an article published by Vogue in May 2013, Schroeder branded  Murphy as a "snobby little bitch" since she didn't allow him to meet their daughter.

The source revealed that Schroeder claimed he had custody of Dylan Blue for the weekends and summer holidays, but regardless, Murphy isn't allowing him to see Blue. A close friend o Schroeder said:

"She's not letting him see his kid. She's pretty much telling him he's only a sperm donor, not a father. All he wants to do is see Dylan." After her divorce with Schroeder, the super model moved on and has found a new love. She started dating rockstar Brandon Boyd in 2002. Their relationship lasted for about four years and they got apart in 2006.

She then dated Lincoln Pilcher who is a photographer, model, and restaurateur. According to a source, the couple started dating in 2013 and they got separated after three years of dating in 2016.