Is BBC News' journalist Yalda Hakim married? Find out about her marital status and relationships 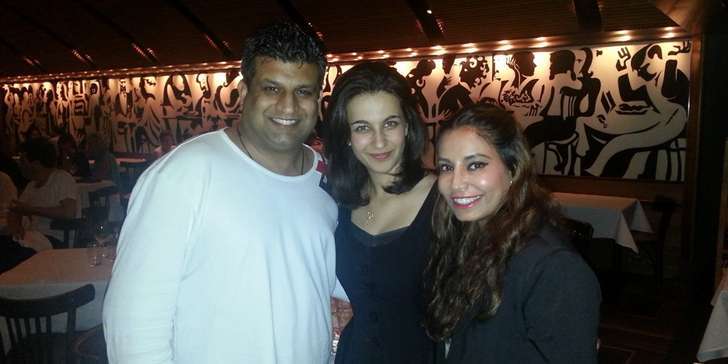 Yalda Hakim has no memory of the dark night her family set off for the Pakistan border. She was just six months old and strapped tightly to her mother’s back. Her older brother and sister marched ahead alongside their father, two laden horses, and the armed people- smugglers who had agreed to get the family out of Kabul. They walked for 10 days, mostly after sundown to evade capture, and promised never to return to a country descending into a war that would claim a million lives.

Thirty years later, Hakim recalls a conversation she had with her parents as an adult, when she told them she planned to retrace those steps as a journalist. She has made the trip several times since, most recently to interview President Hamid Karzai.

“They were worried when I started going to war zones, but when I said I was going to Afghanistan they were really very concerned,” she says. “They couldn’t understand why I would want to go back to a place they had taken me away from.”

Hakim is an award-winning television journalist whose long walk out of Kabul, via Islamabad and her family’s new home in Australia, has taken in some of the biggest stories of the past five years. She has talked to maimed survivors of the garment factory collapse in Bangladesh, reported from Libya during the Arab Spring, and was the only journalist to walk through minefields to a village near Kandahar where an American soldier massacred 16 civilians hot partner boyfriend.

Now based in London as a presenter and correspondent for BBC World News, Hakim’s face is familiar to millions of viewers abroad. Her reporting is also fast earning her a reputation in Britain. In a rare double bill, her interview with President Karzai in October, in which he accused Western allies of causing “great suffering” in his country, made the BBC News at Ten and Newsnight minutes later.