Is American Housewife's Katy Mixon Married? Does she have a baby? Exclusive Details 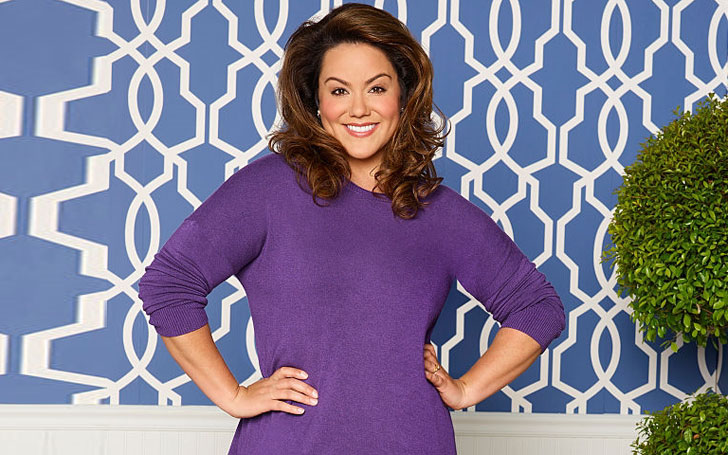 Katy Mixon, the American comedy actress who rose to fame from American Housewife is quite the diva! The gorgeous and funny, Mixon, has had two very public relationships till date. Is Kay Mixon married or was she ever married? Katy currently filming Soul Ties along side Rocsi Diaz, Christopher McDonald, Leon and Victoria Rowell.

We have the latest scoop on Katy Mixon's personal life!

Who is Katy Mixon’s Current Husband?

'Mike and Molly' star, Katy Mixon is engaged to be married to Olympic javelin thrower, Breaux Greer in October 2016. Greer is an eight-time American Champion in the game. Katy Mixon is expecting her first child with Breaux Greer. Their son is due in this spring! Since Spring is almost on its way out, we are expecting to hear the good news anytime now!

On December 2016, Katy and Breaux announced the good news to People exclusively. She showed off her baby bump in April of 2017. In an interview with People, Mixon and Breer  shared their exciting news:

“We truly are so grateful for this time in our life. We are ready to rock ‘n’ roll!”

The Breer’s have been together for more than four years. The couple is engaged to be married. Their baby boy will join their pup Gracie as the newest member of the family.

Though the couple didn’t have any children of their own, Katy has plenty of experience taking care of kids, like her younger sister.

The Hell or High Water star, Katy Mixon, dated Bobby Deen, a television chef and a restaurant manager in 2010. The couple reportedly met in 2009 when Katy was busy with her HBO comedy series. The pair wasn't married or together for long! Katy and Bobby's relationship came to light when Bobby posted a picture of the two on Twitter at a baseball game in 2009.  Deen wrote "Angel’s game with my girl " as the caption, but immediately quit any discussion about who the said girl was. He said “I appreciate the well-wishes, but instantly regret posting the pic.''

In the same year, a Food Network magazine article published a picture of Bobby Deen with Katy. Since then there hasn't been much news on the topic. The eyebrow-raising fact is that the couple was speculated to have been expecting a baby. All the rumors proved false when the pair decided to break up after three years of their relationship.

In February 2013, Bobby decided to end the relationship when Katy moved to Los Angeles.  And that's why they say everything happens for a reason! Now, Katy has found the love of her life, in her own words, and she is so happy!

For more news on Katy Mixon's baby, keep coming back to Article Bio.