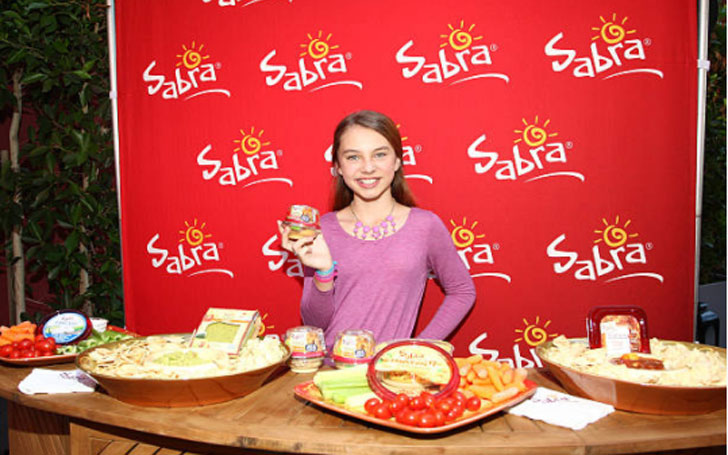 Hollywood has always welcomed and appreciated rising stars, and actress Caitlin Carmichael is one of them. Carmichael, 13 and has already gained her position in Hollywood and became the 'one to watch' actress.

With the rising popularity, it's obvious her fans are curious to know everything about her including the dating life. Has the young actress already started dating? What is her relationship status?

Is Caitlin Carmichael Dating Anyone?

Shake It Up actress, Caitlin Carmichael hasn't come open and introduced anyone as her boyfriend officially.

Carmichael has been spotted with many of her male friends on her Instagram, however, she hasn't mentioned anyone as her love partner. Hot in Cleveland star, posted a snap on her Instagram on 13 October 2017, with her friend, Nolan Gross with a caption:

"let's commit the perfect crime; i'll steal your heart and you steal mine" - bc major bonnie and clyde vibes in this pic"

Fans immediately started speculating their relationship, and one of the fans even commented, " is he your boyfriend." Carmichael, however, hasn't confirmed her relationship with Gross.

As of now, we can assume that she is single and probably is busy in her career.

Carmichael's has hand full of works. She is currently busy with her upcoming projects Life Itself, A Dangerous Date and Epiphany. All of them are in the post-production phase. She is also busy on television series Young Sheldon.

She started her acting career at the age of four from the series This is Motherhood, and since then she has performed in several series and movies. Caitlin Carmichael, 13, at the premiere of Camp Cool Kids

Carmichael is also known for her performance in Shake It Up, Criminal Minds, iCarly, Law & Order: Los Angeles, Bag of Bones and many more.