Is actress Holly Marie, who is divorced twice, involved in an affair with musician Josh Hallbauer? 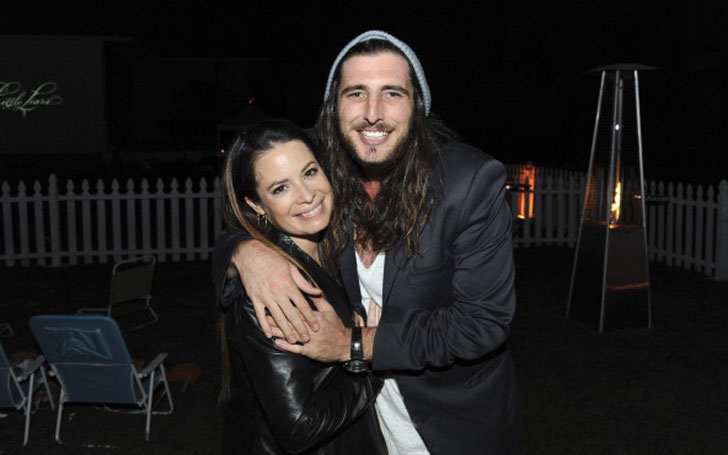 Holly Marie Combs is an American actress and television producer. She is renowned for her role as Kimberly Brock in TV series Picket Fences.

This show aired on CBS-TV from 1992 to 1996. Later, she featured in many films such as Dr. Giggles, A Reason to Believe and Ocean’s Eleven.

The producer Holly Marie has gone through many ups and downs in her lifetime. Holly is a single mom of three sons who have raised her kids alone after her separation with her second husband.

She married twice in her life and both of them failed. In 2011, Holly started dating Josh Cocktail, an American musician and composer. Since then, they dated for four years. They were very happy in their relationship and they attended several events together. However, they parted after four years of their affair and the information of their separation is yet to be revealed.

Josh Hallbauer, popularly known as Josh Cocktail, is an American musician, actor and producer. He is one of the members of independent Trio group Radical Something. Josh created this group along with his friends Alex Lageman and Michael Costanzo.

In 1993, Holly got married to Bryan Travis, an American actor and producer. Their relations could not go so far and they got divorced after four years.

Bryan Travis is a 50-years-old actor and producer who has featured in several movies and TV shows. He is best known for his role in The Watcher.

After splitting with ex-husband, she became single for some years. Then, in the early 2000s, she started dating David W. Donoho, her co-star from the TV show Charmed. After a couple of years of living relation, they decided to take the next step in their relation. On February 2004, They tied their knot in a small ceremony among friends and relatives.

Then, they spent their conjugal life for seven years and separated. This couple also welcomed three children, together.