Home news Is Actress Elisabeth Moss Dating a Boyfriend? Details of her past and present Affair 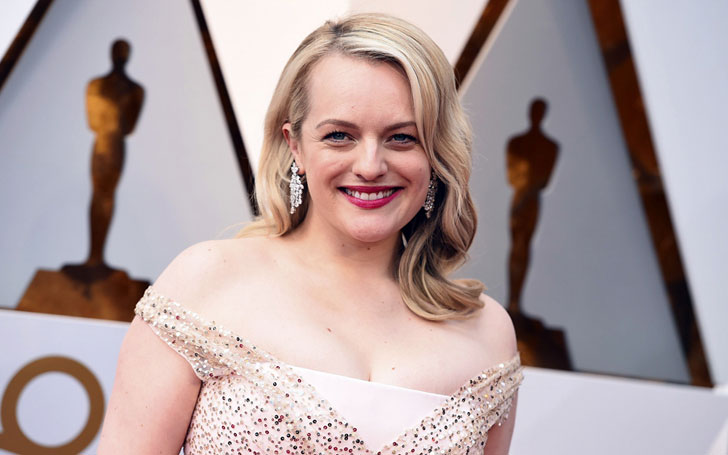 Elisabeth Moss who has many high-profile romances like short-lived married life to Saturday Night Live star Fred Armisen and cinematographer Adam Arkapaw has been romantically linked to her many male pals time and time again.

Has the actress confirmed her relationship with any of them? Is Moss dating someone at the present? Who is her boyfriend?

Elisabeth Moss' Dating Life: Is she Dating anyone?

Though the American actress, Elisabeth Moss has been romantically linked to her many male friends, the 35-year-old actress hasn't confirmed her relationship with any of them officially.

Back in June 2016, Moss was spotted getting cozy with a mysterious man in Sydney while enjoying a lunch date in the trendy beach-side suburb of Bondi. They were captured as the mysterious man kissed the actress on her cheek and also touched her leg at the same time.

Moss was also romantically linked to her High-Rise co-star Tom Hiddleston. The speculation of their romance sparked after Moss said  Hiddleston is charming and talented and good at everything he does.

"It's like, come on, he's like so handsome, but then he's so nice. And then he's really professional. He's a good actor. It's annoying!"

"God forbid he not be good at something."

Moss never came open and confirmed her relationship with any of them. Well, it seems like Moss is possibly single. Or maybe she is in a secret relationship and doesn't want to have gossiped about her love life.

Moss was married to Saturday Night Live actor/comedian Fred Armisen. The couple first met in 2008. They got engaged in January 2009.

Moss and Armisen tied the knot on October 25, 2009, in a wedding ceremony at Long Island City, New York. Their conjugal life was short-lived as they got separated after eight months of marriage as Moss filed a divorce in 2010.

Their divorce was finalized in May 2011. The actress later explained that Armisen was a terrible husband. Talking to New York Magazine in 2014, Moss said:

"Looking back, I feel like I was really young, and at the time I didn't think that I was that young. It was extremely traumatic and awful and horrible. At the same time, it turned out for the best. I'm glad that I'm not there. I'm glad that it didn't happen when I was 50. I'm glad I didn't have kids. And I got that out of the way. Hopefully. Like, that's probably not going to happen again."

Moss and Arkapaw first met on the sets of Top Of The Lake. The pair made their relationship official in 2012. They dated for about three years and got separated in 2015.