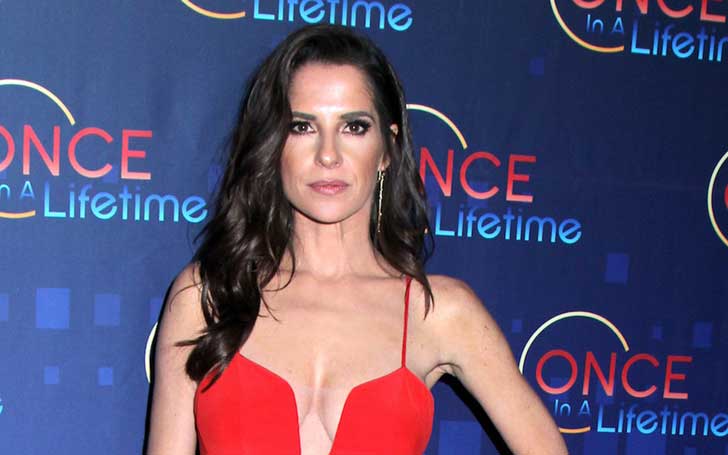 Kelly Monaco is best known for her role in General Hospital. But, she is also a model and a reality television personality.

The Playboy Playmate of April 1997, Monaco, is a star when it comes to her professional life. Is her romantic life just as good though? Is she dating someone? Who is her boyfriend?

Is Kelly Monaco Single? Or Is She Seeing Someone?

Though Kelly Monaco has been associated with a few names like Val Chmerkovskiy, Heath Freeman, and Michael Gonzalez in the past, she is reportedly single at the moment.

Even though she is dating, Kelly Monaco isn't untouched by rumors. After being spotted frequently with co-star Billy Miller people started speculating a romance between them. However, both of them have been vehemently denying it.

On the one hand, Kelly states that she is single and there is nothing going on between her and Billy, but on the other hand, she can’t stop posting pictures with him.

Well, we can certainly say for sure unless they come out as a couple but since 2015 they haven't actually left each other’s side.

What do you call this? Are they just friends? Well, not only this time, most of her relationships have always been complicated.

Let's start with her high school sweetheart, Michael Gonzalez. Kelly Monaco was in a relationship with him for 18 years before they parted ways in 2009.

Also, apart from her alleged romance with Billy Miller, she has also been rumored to be dating her dancing partner, Val Chmerkovskiy from Dancing With The Stars.

In one of her interviews, she said that she felt that they have some connection. But then, after the season ended their relationship ended too, well as per the rumors.