Is 37-Year-Old Model Bernice Burgos Single or Married? Details About Her Dating History And Children 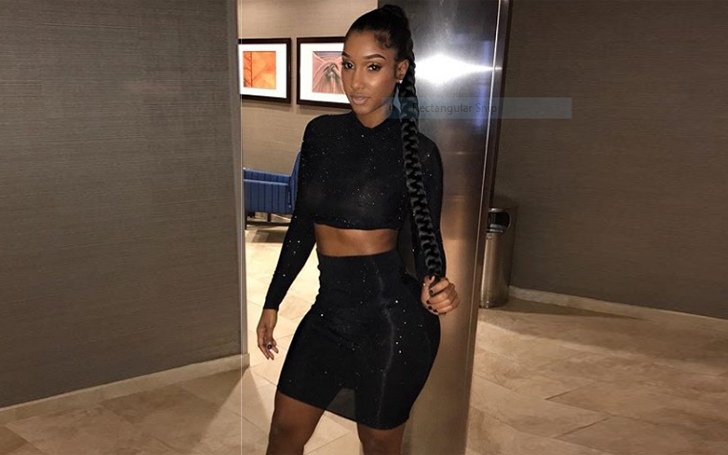 Bernice Burgos is undoubtedly one of the most famous persons on Instagram lately. But her fame doesn't end on social media, apart from being a model and social media star, she is also an Entrepreneur and a mother.

Bernice's influence on social media at present has gained her a lot of admirers. But who does Bernice Burgos admire?

Is Bernice Burgos single? Or is she dating someone? What do you think?

The sizzling Instagram star, Bernice Burgos is possibly single right now, as she hasn’t really spoken about it. Well, it's not certain because we do remember the time when she was constantly seen with Drake but completely denied the fact that they were dating.

She also made the headlines when her alleged romance with T.I created a lot of stir in both of their lives.

T.I’s wife filed for a divorce in late 2016 after the speculations that her husband had extra-marital affair with Burgos amid their married life. But recently it’s been reported that T.I and Tiny have reconciled. So is it true? Let’s find out the real scenario.

The love triangle of T.I, Tiny and Bernice Burgos

Though T.I and Tiny have reconciled, some sources report that they are still fighting over his rumored girlfriend, Burgos.

According to an insider, it’s been reported that Tiny when went through T.I's browsing history, she found it filled with Bernice’s Instagram pictures, every one of it.

Well don't know about the actual situation but it seems that  T.I is trying hard to keep his marriage alive. As per the sources,

Tiny confronted T.I. about it, and he did his usual trick of turning it around to make Tiny seem like she’s the bad one, for ‘spying’ on him – and it ended up turning into a huge fight between them. They’ve made up for now, but T.I.’s made it clear that he won’t be dictated to about what he can look at online, and who he can follow – and that Tiny needs to check herself and quit with the jealous routine.

To which Bernice said that it was all a misunderstanding and that they are just friends but nothing else. So at least for now, we can assume that everything's good in the hood.

Bernice is rumored of dating not only Drake and T.I but also Chirs Brown at one time. But like always she acted surprised and gave a statement that it was all a lie and also stated not to believe in everything that social media states.

In the words of Bernice Burgos

Oh my god, that’s a lie! Don’t believe everything on social media. There’s nothing.

Apart from those three, she was also presumed of dating Marion Suge Knight. But none of the sources have confirmed it.

Also, some speculate that she has a child from one of her dates. So is that true? Let's find out.

The Instagram sensation, if many of you didn't know, has a daughter, however, the father's identity isn't public. Her daughter's name is Ashley Burgos.

Though she is insanely famous in her Instagram and has also been in several interviews, however, she has always kept the information about her daughter and her father under the radar.