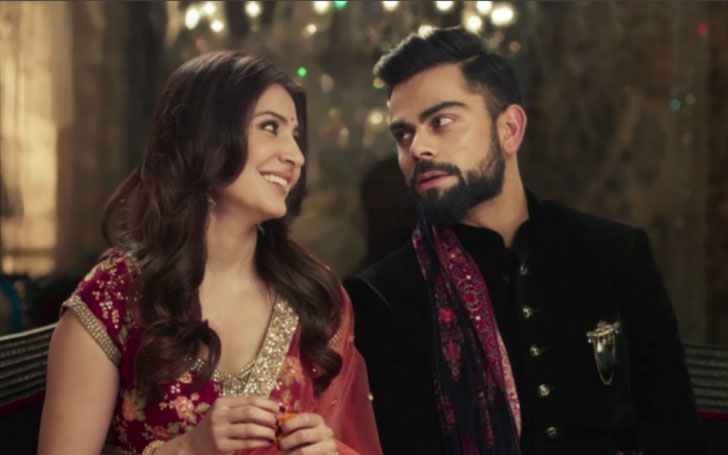 Indian skipper Virat Kohli and his actress girlfriend Anushka Sharma has tied the knot in an intimate ceremony in Milan, Italy on Monday.

The couple reportedly tied the knot at a countryside resort, Borgo Finocchieto on Monday morning (local) and later they announced their nuptials on their social media. The bride and groom both looked stunning in the wedding ensembles by Sabyasachi Mukherjee.

Virat 29, shared a photo from their wedding on his Instagram announcing his wedding which he captioned as:

Today we have promised each other to be bound in love for ever. We are truly blessed to share the news with you.This beautiful day will be made more special with the love and support of our family of fans & well wishers. Thank you for being such an important part of our journey.

Meanwhile, the Ae Dil Hai Muskil actress Sharma shared a different photo on her Instagram with the same caption.

The Indian captain's wedding was speculated after he pulled back his name from the limited overs cricket against Sri Lanka. Moreover, the rumor started swirling after photos of Anushka's family with a priest and Virat's family and friends at the Mumbai and Delhi airport.

Sachin Tendulkar and Yuvraj Singh were the only Indian cricketers invited to the ceremony while it is also believed that Virat's childhood coach Rajkumar Sharma also attended the ceremony.

The couple will hold two receptions after returning to India. The first reception is set on 21 December in Virat's hometown Delhi, while the second reception will be held on 26th December in Mumbai.

Virushka will fly to South Africa for their honeymoon at the end of the month where they will celebrate the New Year Eve before Virat starts the test series against Africans.