In the End, death of Chester has made his fans feel so numb, Listen to his 10 unforgettable songs 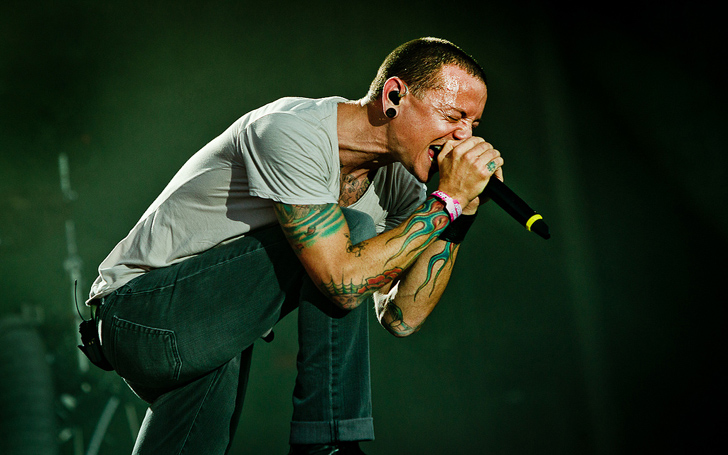 As if the grunge hero, Chris Cornell’s death wasn’t enough, the world of metal music now mourns the sad demise of Linkin Park’s Front man, Chester Bennington. He committed suicide ?on July 20, 2017, hanging himself to death.

This is a sad news for all the metal fans, however, it can’t be changed. Chester and Chris were so close friends that Chris’ death affected him, as told by one of his friends. His suicide clearly coincided with Cornell’s birthday. Cornell also killed himself in May by hanging.

Talking about Chester’s works, he has contributed gems to different genres such as Alternative metal, nu metal, hard rock, and alternative rock. He has been ranked in the Top 100 Heavy Metal Vocalists by Hit Parader (No. 46).

Looking at his topmost songs of all time, here is a short review of his top 10 songs.

It is the ninth track from their second studio album, Meteora which was on released on June 14, 2004, as the fifth and final single from their album. The song features a strong electronica-influenced opening with live strings and guitar.

It is the first single from their third studio album, Minutes to Midnight which was released on April 2, 2007. The song is also used as the main theme of the 2007 science fiction movie, Transformers.

The song was also featured in the video game, Guitar Hero World Tour.

It is the first single from their second studio album, Meteora which had its official release on March 17, 2003. The song entered the top ten on the majority of the charts on which it appeared.

It is the third single from their debut album, Hybrid Theory. The song was officially released on September 25, 2001. Chester has cited this song as one of his favorite Linkin Park songs.

It is the third single from their third studio album, Minutes to Midnight. The song had its release on October 16, 2007. The band has experimented several versions of keyboard loop and used over 60 different beats for the song, as explained by the Lead vocalist, Chester Bennington.

Later, the song was released as downloadable content for the music rhythm video game, Rock Band 3.

It is the single specifically recorded for Michael Bay’s movie, Transformers: Revenge of the Fallen. The song is used as a theme for the movie and was released as the single on May 18, 2009.

It is one of the few songs that topped the US Rock Songs, Modern Rock Tracks and Hot Mainstream Rock Tracks at the same time.

It is the second single from their second studio album, Meteora which was released on June 9, 2003. The song entered the Top 30 on the majority of the charts it appeared on.

The song peaked at No. 48 and reached No. 1 on the U.S. Modern Rock Tracks becoming the band’s third number one hit on the chart.

It is the second single from their debut album, Hybrid Theory and is the fifth track from the album. The song was released on March 1, 2001.

It is the eighth track from their debut album, Hybrid Theory which was released on October 9, 2001, as the fourth single of the album. The song is one of the most recognizable and signature songs by the band.

The song received positive reviews from contemporary rock music critics and was ranked 84 on VH1’s list of the 100 Greatest Songs of the ‘00s.

It is the third single from their second studio album, Meteora. It is the thirteen and final track which was released on September 8, 2003. The song was later remixed as Numb/Encore, which a collaboration the band and rapper Jay-Z.