Born and raised in Cleveland, Ohio, Imani Hakim is an American actress who came in limelight after her first acting role in CW’s hit comedy show Everybody Hates Chris. Her title character in The Gabby Douglas Story also earned her further acclaim. Some of her other successful projects are CSI: Crime Scene Investigation, Down of Whatever, and more.

Grew Up Along With Five Siblings

Imani Hakim was born on 12th August 1993, in Cleveland, Ohio, the United States of America. She was raised by her father along with five other siblings; brothers. The information about her mother is not known.

Imani holds American nationality and belongs to Afro-American ethnicity. She developed a strong pa s sion for acting since her childhood. At the age of seven, she started taking acting cla s ses at Karamu House Theater in Cleveland, Ohio.

Hakim later went on to study at Alexander's Workshop School in Lakewood, California. Later, Hakim got enrolled at The Young Actor's Space in California.

Imani Hakim landed her first acting role in the TV series Everybody Hates Chirs in 2005. While talking about her first movie appearance she said that,

I owe my success to my two families. If my father hadn't been willing to make sacrifices for me, I would have never won the role on 'Everybody Hates Chris'. I like working with my television family, too. We have a lot of love for each other.

She appeared as a Tonya in the series until 2009, sharing the screen with Tyler James Williams, Terry Crews, Tichina Arnold, and Tequan Richmond.

In 2005, the actress was a cast in another hit TV series CSI: Crime Scene Investigation. Hakim made her film debut with a role in a 2007 movie Reign Over Me. She gained worldwide attention after her work in the Lifetime movie The Gabby Douglas Story. Her role in the movie also earned her two Movieguide Awards. 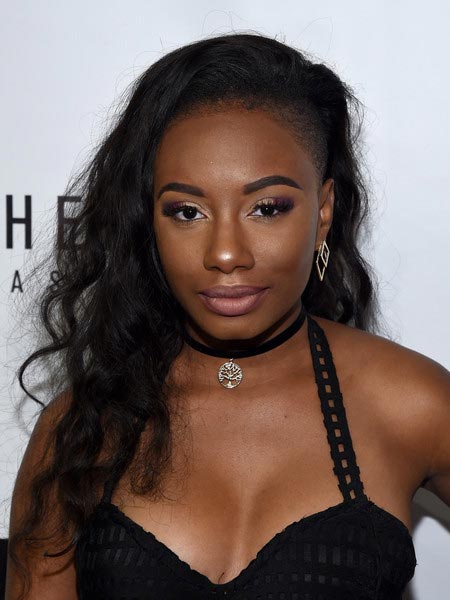 In 2016, Imani was a cast in a sci-fi comedy disaster film Sharknado: The 4th Awakens along with Ian Ziering, Tara Reid, Masiela Lusha among others. On the heel of her early success, the actress worked in three movies, Chocolate City: Vegas Strip, Sollers Point, and Burning Sands.

Hakim will shine in an upcoming comedy web series Mythic Quest which will be released by the end of 2019.

Earnings From Acting Career Since 2002

The 5 feet 1inch tall Imani Hakim has an estimated net worth of around $500k in 2019. Her lucrative acting career has led her to quite good earnings. Hakim has been a part of many successful movies and TV shows. In 2007, she was a cast in a film Reign Over Me that grossed over $22 million worldwide.

Imani also has a considerable fan following on her Instagram account with over 253k followers in 2019. She also adds a good chunk of money in her fortune from the social media platform where she earns from sponsored posts.

Who is Imani Hakim Dating? Know Her Boyfriend

The 26 years old, Imani Hakim is not married yet and seems secretive about her personal life. As of now, the actress is also not dating anyone (publically). She prefers to keep the detail of her love life and relationship away from the mainstream.

But, according to some online tabloids, the actress was in a relationship with a guy named Matthew Russell previously. Her ex-boyfriend Russell is a pa s sionate musician and DJ.  Though the two never revealed when and how their love blossomed but going through their social media, we can see they had already begun dating in the mid-2016. 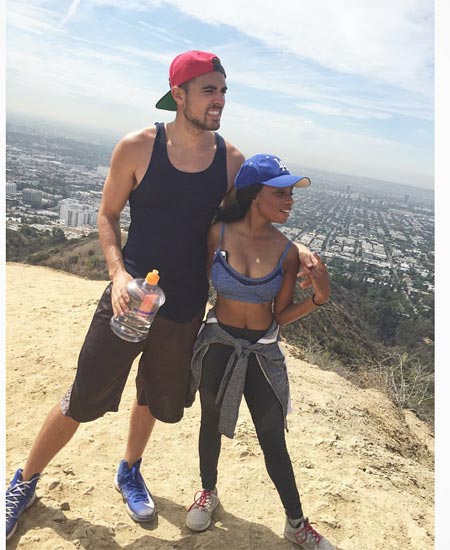 They also vacationed in Los Angeles back in June 2017. At that time, the two posted many pictures on Twitter flaunting their quality time together. Just after a few days, they were again seen at a music show where they enjoyed Twenty One Pilots' performance. Despite having such a beautiful relationship, the couple parted away.