Ilan Ben-Hanan, an ESPN figure currently serves as the network's Senior Vice President of Programming & Acquisitions and oversees the ESPN's college network ACC Network, SEC Network, and Longhorn Network. In 2002, Ben-Hanan joined ESPN as Program Associate & soon earned promotion with increasing prominence. Before he took the role of SVP in early 2020, Ilan worked as Vice President for Programming and Acquisitions, managing the overall schedule of the network.

With a career journey of nearly 18 years with ESPN, Ilan indeed marked his name in the success history of ESPN. Surely, you are curious to know his professional career in detail & about his love life as well. Get the answers below.

Graduate Of USC: What Is Ilan Ben-Hanan's Age?

Ben-Hanan was born in 1979, in Van Nuys, California, the United States of America. As of 2020, he is 41 years old. An American by nationality, Ilan comes from a mixed ethnic background.

According to his LinkedIn profile, Ilan Ben-Hanan enrolled at the University of Southern California in 1996 and graduated with a Bachelor of Arts degree in Broadcast Journalism, in 2000. Subsequently,  he struggled for a year & landed a job in USC Athletics as a marketing manager.

In August 2002, Ilan joined ESPN as Program Associate, based in Bristol, Connecticut, and following 2 years, became a Program Planner (in late 2004).  Along with his team, he launched ESPNU & was promoted to its manager in April 2005 until February 2006.

From March 2006 to July 2008, Ben-Hanan served as Director of Programming & Acquisitions; he scheduled and made strategies for more than 1,000 basketball games annually.

His improved work performance earned him the role of Senior Director for West Coast Programming (2008- 2011); so he moved to California & worked in ESPN's Los Angeles-based office. Along with direction on ESPN-branded programming on Disney XD, he took lead in rights agreement of ESPN’s West Coast Conference. 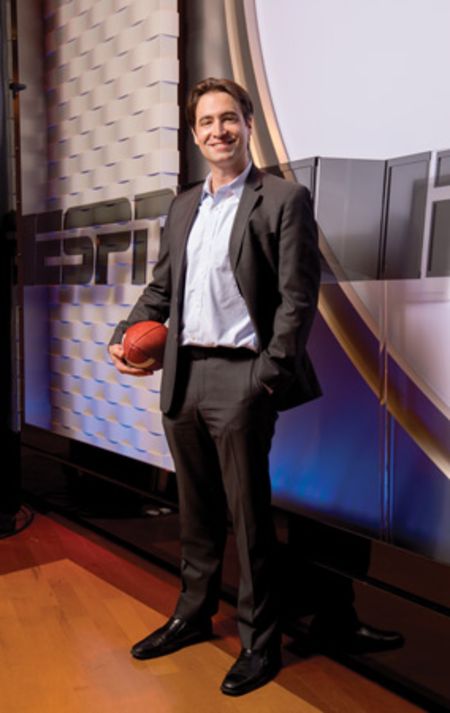 From 2015 to 2017, as Vice President for College Sports Programming, he managed the ESPN's entire college sports portfolio, with more emphasis on College Football Playoff (more than 30 bowl games & 20 NCAA Championships).

Ilan Ben-Hanan took the position of Vice President, Programming and Scheduling in February 2017 until 2019, and became VP of Programming and Acquisitions (March 2019- February 2020). Along with schedule management for ESPN’s linear networks, he worked on improving revenue across all platforms.

Promotion To Senior Vice President Of ESPN In 2020

Thanks to his oversight on ESPN’s sports betting content & establishing a relationship with NHL in 2019,  ESPN are paving their path to another turn of success.

In February 2020, Ilan Ben-Hanan elevated to Senior Vice President from Vice President of ESPN, serving since 2011. With the new role of Programming & Acquisitions as SVP, he will be overseeing the company's college networks: ACC Network, SEC Network, and Longhorn Network.

Ever since his professional career with ESPN, Ben-Hanan is working for the network with 18 years pa s sed & counting. According to online sources, ESPN Senior VP Ilan Ben-Hanan has a net worth of $5 million as of August 2020.

Aside from his professional career, Ben-Hanan actively participates in the charity works too. In 2007, he created a concept for fundraising named Jimmy V Week, in a joint effort of ESPN and The V Foundation for Cancer Research. As per the report of 2017, within a decade, the event raised more than $17 million for cancer research.

Who Is Ilan Ben-Hanan's Wife? Any Children?

Ilan Ben-Hanan is a happily married man & enjoys a blissful relationship with his wife Sara Happ. The duo met while attending the University of Southern California & started dating then. However, they are yet to open up about their wedding details.

According to USC Trojan, Ilan and Sara welcomed a daughter Julia in 2013. 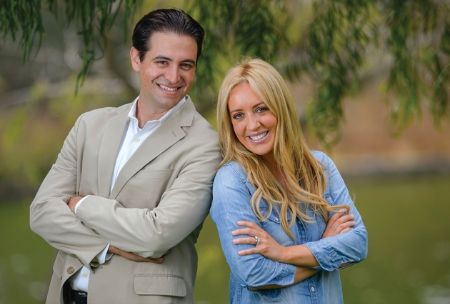 Ilan's wife Sara runs her self-titled beauty company, Sara Happ, in Redondo Beach, California. As reported, she initially worked on marketing along with her boyfriend-turned-husband, but quite in 2006 & pursued a career in beauty label.

The happy family of 3 currently reside in Los Angeles, California.