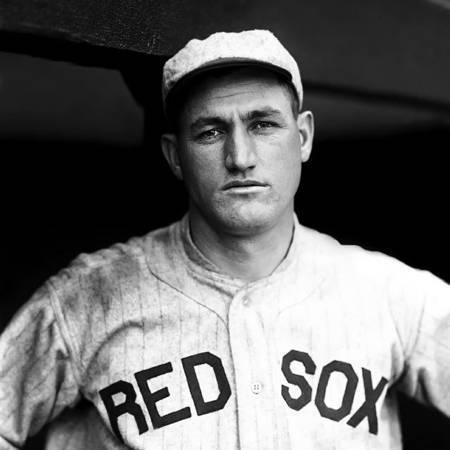 Isaac Morgan Boone was born on February 17, 1897 in Samantha, Alabama where he spent most of his childhood, playing baseball with his elder brother Dan who is also known to have played in the major leagues from 1919 to 1923.

Ike is noted to be the last player to ever hit .400 or better in the Texas League, with a .402 average in 1923. 1924 with the Boston Red Sox saw Boone’s most productive season when he posted career-highs in batting average of .337, hit 13 home runs, 157 hits, 79 runs, with 34 doubles and 5 triples in the 133 games he played. For his excellent play with Boston Red Sox, he was even considered for the MVP Award in both 1924 and 1925 . He played for the Red Sox till 1925 after which he took a breakfrom playing baseball. In 1927, Ike went on to play for Chicago White Sox . However, Ike only played briefly for the White Sox and left to play in the Pacific Coast League.

In the Pacific Coast League, he played 198 games and went on to collect 553 total bases while hitting .407 with 55 home runs and 218 RBI thus making a professional baseball record in 1929. In the very same season both Boone brothers got a chance to play together and went on to collect 101 home runs. Ike then left the league to play for Brooklyn Dodgers in 1930 and stayed there till 1932. Throughout the eight-season major league career, Boone was a .321 hitter with 26 home runs and 194 RBI in 356 games. Boone later went on to play as well as manage the Toronto Maple Leafs. In 1934 he led the team to the International League championship and also was named the league MVP thus with a .372 batting average, winning the batting title. Boone managed the Leafs till the 1936 season and then retired.

Not much about Boone’s personal life is known to the public about his personal life because he was very much focused in playing baseball and was reluctant on speaking about his marriage and children.

Boone died at the age of 61 on 1st August in the year 1958 in Northport, Alabama. He was truly one of the greatest minor league hitters of all time. Ike’s minor league career batting average of .370 set a new record as well. Ike Boon was later inducted into the International League Hall of Fame and the Pacific Coast League Hall of Fame for his exceptional baseball career.