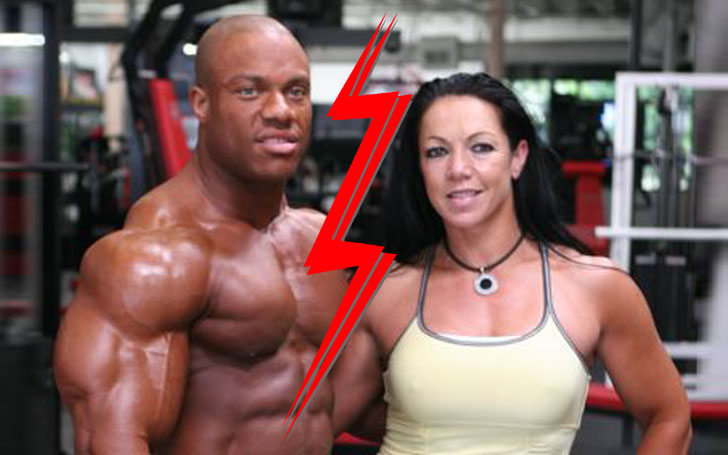 Phillip or Phil Heath the winner of Mr. Olympia for six-time is America's famous IFBB professional bodybuilder. Along with his well-toned body, he also has a great smile.

Phil faced divorce from his former wife, Jennie Laxson in the year 2015. And now he is seen with a new girl. Who is she?

If you have been following Phile Heath, then you might have noticed a new girl with him. It's his girlfriend who he has been dating recently.

Phil's girlfriend is Sherrie from Mile High City Arizona. They seem to be happy as they are together most of the time.

In a recent post from Phil, she seems very supportive and helpful.

@shurieeeee Thank you for ALWAYS going above and beyond to take care of me. You're the only person who knows me best. The world will never understand the amount of time and effort you put into me and my career. You're the most selfless and loving person I know. You make me better. I love you!

Even though the love between Phil and his model girlfriend is pure, there are always who have some negativity about a perfect relationship.

Is it really true that there is some negativity in Phil's relationship? Do you know how his past relationship was?

Phil Heath and his longtime girlfriend Jennie Laxson were married in the year June 23, 2007. His former wife, Jennie is a cosmetologist. The couple met for the first time at a restaurant named Fasano's and started dating each other in 2004.

Six years after their marriage, his ex-wife Jennie Laxson was diagnosed with the first stage of breast cancer in 2013. Even with the problem of breast cancer, Phil did not give up the relationship.

Phile did not jump into the relationship just after his divorce, he took some time and got with Shurie, and now, Shurie is very lucky to find Phil as her boyfriend.

Pre workout.. @philheath and I holding Baby Victoria lol now we must snap out of baby fever and kill these weights! Lol the owner of DUGGEN Gym has the most adorable kids and a bad ass gym! PhilToRetire lol

Shades on bc Im tired af! Phil is already and we haven't taken off yet lol  as you can see even in first class seats my babe @philheath barley fits! HisLatsAndArmsWontLetHimRecline

Most definitely had to repost this one as I enjoyed every moment of NYE with @shurieeeee. Oh and yes she planted a nice kiss on me given my red lips lol. @shurieeeee  the right way to start 2017--2nd midnight kiss after I planted an even BIGGER kiss on his lips ( as you can see Phil's lip shade is a bit red ) @thenearoccasionofsin

Thanks to everyone who came out last night to show their love and support to the Make it Fit Foundation for our 5th Annual Autism Awareness Charity Event. Such an incredible time with incredible people. Thank you @phoenixkineticream @c_beezy21 for supporting @philheath and @makeitfitautism it means the world to us!

However, after the cancer was cured, Jennie Laxson could not let her loving husband suffer more and decided to split.

And in the year 2015, the marriage was officially over. While battling cancer, a life was saved but the relationship could not be saved.

Divorce with such a loving husband can be a great loss but she only lost Phil as a husband but are still good friends.