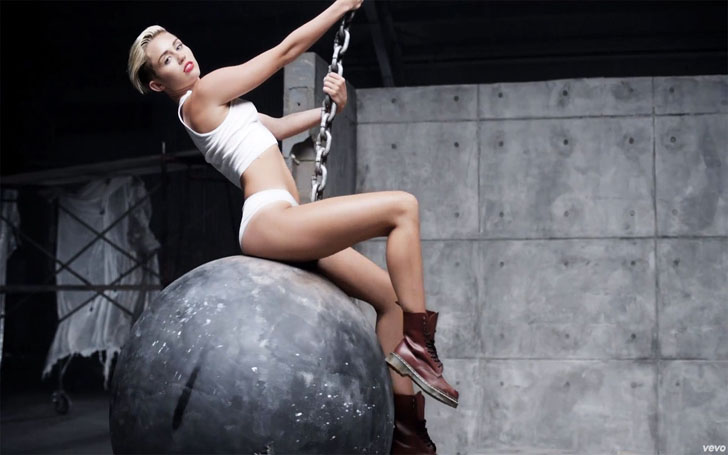 Back in 2013 Miley Cyrus stripped down was seen swinging on the wrecking ball. Now when she remembers the moment she feels horrified.

“That’s something you can’t take away. Swinging naked on a wrecking ball lives forever,” she stated on Zach Sang show.

She added “once you do that in the mass that I did, it's forever. I’m never living that down.”

She has a strong fear that she will be the only girl naked on the wrecking ball.

“I’m always the naked girl on the wrecking ball. I should have thought about how long that was going to have to follow me around.” Commented she.

She gets the nightmare of wrecking being played at her funeral.

The pop star was in news recently for commenting on her addiction to weeds.

“I haven’t smoked weed in three weeks, which is the longest I have ever. I’m not doing drugs, I’m not drinking, I’m completely clean right now.” In her talk to the billboard, she expressed.