Hurricane Nate Makes Landfall In Mississippi-Details Of Its Pathway 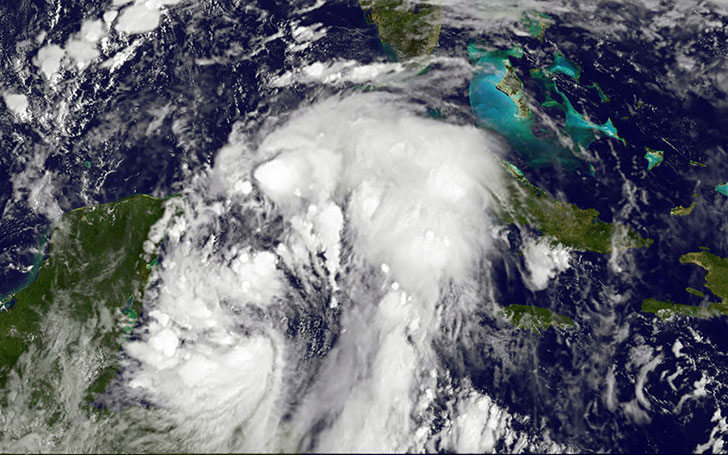 The category one hurricane Hurricane Nate has made its second US landfall in Mississippi, shortly after midnight Sunday- which is the first hurricane make landfall in the state after Hurricane Katrina in 2005.

The National Hurricane Center reported hurricane Nate had made its first landfall in the United States near the Mississippi River in southeast Louisiana. It also reported the storm had gained a maximum velocity of 85 mph- was moving due north at 20 mph and was around 5 miles west of Biloxi.

Category one Hurricane Nate makes landfall in the United States

Officials have warned coastal communities of the storm surge which could reach up to 11 feet in Mississippi. The storm is likely to weaken quickly as it makes its way inland and the hurricane center has also predicted it is expected to become a tropical storm later Sunday.

Winds with the maximum speed of 89 mph were reported from the east of Venice, Louisiana and it degraded to 70 mph as it reached Airforce base in Mississippi. The NHC had warned the residents of the coastal areas which includes the eastward Alabama-Florida border to the mouth of Pearl River in Louisiana-Mississippi border.

Flooding due to the hurricane Nate

The storm will reach the Tennessee Valley through Mississippi, and then through the central Appalachian Mountains through Monday, National Hurricane Center reported.

Prior, the hurricane made its landfall in the Central America where at least 28 people were killed on Thursday in Costa Rica, Nicaragua, and Honduras and hundreds of people were rescued from the mudslides and floodwaters.

The hurricane had already soaked coastal Louisiana, Mississippi, and Alabama on Saturday and as the Storm approaching the gulf coast, the officials around the relating states have implored residents to finish their storm preparation and get inside.