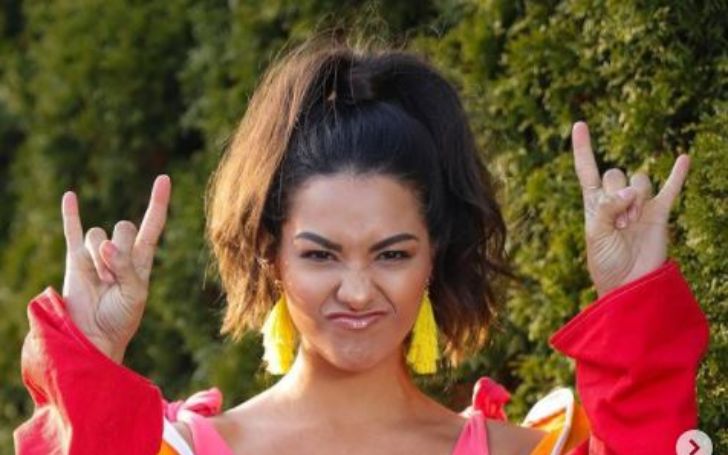 How Old Is Humberly González?

Humberly González was born on April 25, 1992, in Punto Fijo, Venezuela, so as of now, she is 29 years old. Later on, she moved to Canada along with her family. She is the only daughter of her parents however the detail on her parents are missing.

She completed her graduation from The National Theatre School of Canada.

The 29-years-old, Humberly González is in a longtime dating relationship with a photographer, Jonathan Groeneweg. They officiate about their relationship via social media platform on July 31, 2015.

Since then the pair have been leading a very happy love life without any bad rumors rearing their relationship. They can be seen flaunting their love life on social media platforms.

As of now, the pair has completed six years of love life and still has maintained a very strong bond with each other.

Humberly González has acc u mulated a net worth of $800 thousand as of 2021 from her career as an actor since 2015 and has more than 30 acting credits in her name.

She made her acting debut from her appearance in the short movie named It's Not You. Following years she was cast in the TV Mini-Series, Women Are from Mars. After this, she has worked in several movies and series and some of them are Shadowhunters: The Mortal Instruments, Orphan Black, Saving Hope, The Detail, Guilt Free Zone, Workin' Moms, Trapped: The Alex Cooper Story, Utopia Falls, Clifford the Big Red Dog.

She received huge limelight after her appearance in the TV series, Ginny & Georgia as Sophie Sanchez. In the series, she shared the screen alongside Antonia Gentry, Felix Mallard, Brianne Howey.

In 2021 she has appeared in Nobody, Debris, Jupiter's Legacy, The Wayne Ayers Podcast, Nurses, Jib & Jab on a Quest.

Also, she is set to appear in the upcoming project Far Cry 6, Pink Tax, Slumberland, and A Hundred Lies.