Antonia Gentry is a rising American actress who earned international fame following her role as Ginny Miller in Netflix's comedy-drama Ginny and Georgia. She was also part of Ben Shelton's comedy film Candy Jar. Her other television series and movies are Lone Wolf Mason, Raising Dion, and Driver's Ed: Tales from the Street.

Antonia Gentry was born on 25th September 1997, in Atlanta, Georgia, the United States to Tony Gentry and Sandra Gentry. She is 23 years old as of 2021.

Talking about education, she went to school at Davidson Fine Arts in Augusta, Georgia. Later, she enrolled at the Emory University, where she did her graduation.

She is American by nationality and biracial (white-American father and Black-Jamaican mother) in terms of ethnicity.

Popular As Ginny Miller In Netflix's Dramedy "Ginny and Georgia": Other Movies And TV Roles

Antonia Gentry made her debut as a teenage driver in the short project PSA Don't Text and Drive Pay Attention in 2014.

The next year, she acted as Madison in the short film Lone Wolf Mason and Sara in the comedy-family film Driver's Ed: Tales from the Street. 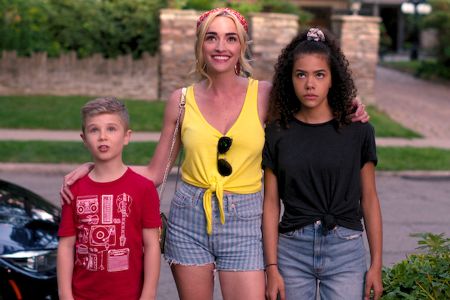 In 2018, she was cast as Jasmine in the comedy film Candy Jar. The following year, she made an appearance in the television series Raising Dion.

As of now, she stars as Ginny Miller in Netflix's comedy-drama Ginny and Georgia alongside Scott Porter, Nikki Roumel, Brianne Howey, among others.

Thank you for the love and support you have shown me and our show, “Ginny and Georgia,” over the last week.
I never would have imagined something like this as a young girl -- that is, having a voice capable of impact. It is so meaningful to see the hundreds of messages from fans in my inbox who feel seen, heard, and understood because of the show and its characters. It has also been fun to hear from those who were just happy to be along for an entertaining ride. Said the actress after the success of the show.

Netflix renewed the show for its second season which is set to be released in Feb 2022.

The 23-year-old actress has an estimated net worth of $500 thousand as of 2021. She garnered her riches from her professional career in acting.

She made a guest appearance in the television series Raising Dion. Likewise, she was cast in the comedy family film Driver's Ed: Tales from the Street.

Who Is Antonia Gentry Dating?

Ginny and Georgia star, Antonia Gentry is dating her long-time boyfriend, Ezra Pound. Her boyfriend is an American composer and producer. 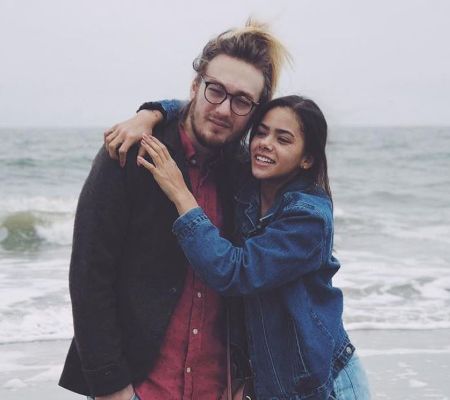 The two first met and started dating in the year 2013. The couple often appears on their respective social media.

1. When was Antonia Gentry born?

Antonia Gentry was born on 25th September 1997, in Atlanta, Georgia, the United States.

2. How old is Antonia Gentry?

She is currently 23 years old.

The gorgeous actress has an estimated net worth of $500 thousand as of 2021.

4. What role does she play in 'Ginny and Georgia'?

She plays Ginny Miller in Netflix's comedy-drama Ginny and Georgia.

Yes, she has a whopping 300 thousand followers on her IG @_antoniagentry_.

6. How tall is the actress?