How well is the current relation of footballer Brendan Fevola and his ex-wife Alex Fevola running? 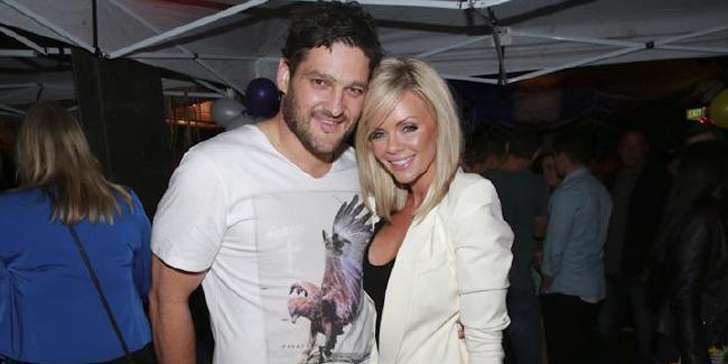 However, their rocking relation ended after being together for just 14 months when Alex found out his husband affair with an Australian model Lara Bingle. Lara Bingle states that she does not know about Brendan having a child until she heard a baby crying while they were talking on the phone.

A Few weeks later,  Brendan proposed Alex, again, and finally got together. Alex told the daily news that her husband proposed her again because he wants her to cook.

After being together for almost a decade, it was found that they divorced again when Alex, who owns a photographic studio nearby her house told Woman's Day magazine, said,  “I’m not sure I’m ready to talk about this.” She claims that her Brendan is an addict in gambling and triggers her to walk out. They together have three children, Mia (Alex's daughter from a previous relationship), Leni and Lulu.

Brenden and Alex's separation was confirmed on March 2014 but after a few months, they were found together looking inseparable and stuck with each other. Although there is no official announcement of the pair getting back together.

After their divorced reach the ears of media, it hit the headlines in the mid of 2015. Alex was questioned by many news agencies on their private life during their marriage life. “It wasn’t fun. There're worse things that can happen you know, it wasn’t ideal but you move on.” Alex told The Daily Edition on May 28, 2015 “

“Alex has had enough – she wants to focus on saving her business before it starts getting affected by Brendan’s financial situation,” says a close friend of Alex. “He’s had too many chances.”

Alex is taking care of their children and  currently lives in Melbourne suburb of Hampton; however, Brendan is allowed to visit in the weekend. Brendan was appointed to coach O&M interleague and a well know staff at the town's TAB & RSL and shifted to Yarrawonga.

His addiction to gambling caused a problem and issues financially and morally. During his career, Brendan's net worth was estimated to be $6 million but he lost the fortune due to gambling. He accepts that he lose about $1 million on the punt. Brendan visiting casino was photographed in Vanuatu in August 2013, where he left his wife and children in the hotel.

Brendan was fined once $10,000 for urinating in the restaurant window which drained his fortune to the gutter. Now, this 35-year-old man does not own any cars, no jewelry, no shares in his name.

In 2011, he was charged with $1 million by Brisbane Lions for scandaling Lara Bling's private photo and was admitted for a short period of time in rehab after he was arrested on New Year's Day.So far, there is no news on who he is dating nor getting back with his ex-wife.

However, Brendan never commented on any questions asked by media and even rejected Woman's Day magazine when they approached.