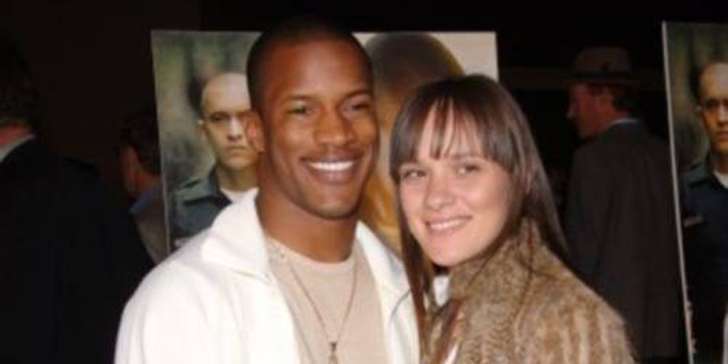 Nate Parker and his wife Sarah Disanto are madly in love with each other currently. Though we might love Nate due to those juicy scenes, it was not a piece of cake for his wife to watch the intimate action that he did on the big screen. Despite this incident, the couples’ love for one another has not declined a bit but rather they are in love even more intensely. So, the actor Nate and actress Sarah are fine with each other and there is no any chance for them to be divorced for now.

Sarah is Even More Happy to get That Guy Every Day

The scene was in a movie ‘Beyond the Lights’ where Nate and Guru Mbatha-Raw have played lead character and a couple of the movie has managed to give a few hot scenes. This is why Nate had to show the film to his wife before it hit the theaters just in case she was uncomfortable. After looking at the film Sarah was shocked at first and at the same time she was happy to get that guy every day. The Couple who met each other while they were attending Penn State, were married during the summer of 2007 in Erie’s Frontier Park.

The Couple Welcomed Their Baby no. 4 in August

After getting married to America actress Sarah who is a native of Erie, Pennsylvania, Nate Parker has become a father to four children. They welcomed their baby no. 4 a few months ago. Congrats to the  new happy father and mother to their new child. They have named their baby daughter as Justice which is a very appropriate name for the filmmaker’s bundle of joy.

Parker had to Struggle During his Childhood

Parker whose father had died when he was just 11 years old, was accused of rape in 1999 while he was a sophomore at Pennsylvania State University and was cleared from those charges in 2001. After his mother married another man, he used to struggle to live with his stepfather, so he moved to stay with his maternal uncle when he was 14. Parker whose ancestors is from Cameroon has four younger sisters.

The 36-year-old actor, director, and producer who were born in Norfolk, Virginia, on 18th November 1979, used to participate in wrestling championships while he was at his high school. When one of his friends encouraged Parker to move to Los Angeles after noticing his talent, he found work as an actor and played the role in ‘Rome and Jewel’ for the first time in 2006.