How Rich is Chef Anne Burrell, Her Net Worth and Income Sources explained! 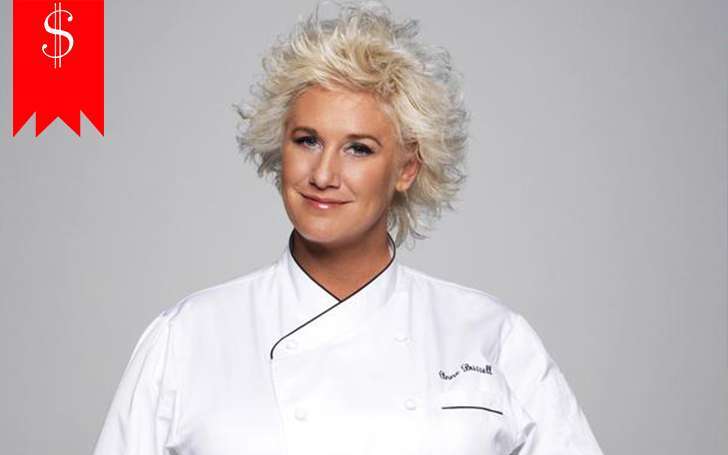 Anne Burrell is the kind of celebrity chef who seems like she has a lot of money! With shows on Food Networks and engagements at various restaurants, she probably has enough to vacation the rest of her life without lifting a finger.

Today we discuss Burell's wealth, everything from her net worth, income sources to how she spends her money! Let's go!

How Much is Anne Burrell Net Worth

Anne Burrell has a net worth of over $5 million. However, she started from the bottom. A graduate in English and Communication came to be a chef after she studied at the Italian Culinary Institute for Foreigners (ICIF) in Asti in the Piedmont region. That was not all, she stayed in Italy for nine months working in different restaurants and learning as much as she can.

After her experience in Italy, the star chef returned to the US as a sous chef at Felidia owned by celebrity chef Lidia Bastianich. After Felicia, she went to become the chef at Savoy, a fine dining restaurant. It was only after becoming the head chef at Savoy, she began teaching culinary arts at the Institute of Culinary Education.

With a connection to Batali, Burrell became the executive chef at Centro Vinoteca, an Italian restaurant in New York City which opened in 2007. But the Iron chef did not work there for more than a year due to her busy schedule and left the restaurant.

After working for so many restaurants, she opened her own in 2010 in New York City. She's launched another restaurant, Phil & Anne's Good Time Lounge in Brooklyn this spring. She's not limited to restaurants, Burell has made herself into a TV personality as well.

Anne Burrell and her Journey to Becoming a TV Personality

Anne Burrell has been a part of many television shows, famous ones at that. From  Iron Chef America, Secrets of a Restaurant Chef, Chef Wanted with Anne Burrell, to Worst Cooks in America, Burrell has touched all genre of food shows.

Join me as I host the #SOBEWFF kick-off at Seaside Eats Wednesday 2/23 !!! Tickets available now at https://t.co/NqY5zACtSB #luckygirl pic.twitter.com/pJ7ggGYusG

Here's a timeline of her shows!.

Her $5 million net worth seems quite less compared to all the hard work she has put. Burrell is also the winner of Chopped All-Stars tournament winning $75,000 for the Juvenile Diabetes Foundation.

There are a lot of work that this Iron Chef has done. and she lives a very good life. One interesting fact about her is that she is openly lesbian and was engaged to her partner Koren Grieveson. The news was made public by herself via Twitter.

But now, she is single, and her only love is her work. Best wishes to the Chef. For more updates on Chef Anne Burrell and celebrity gossip, keep coming back to Article Bio.