How Rich is Anthony Michael Hall? Know all about his Career Net worth and Awards 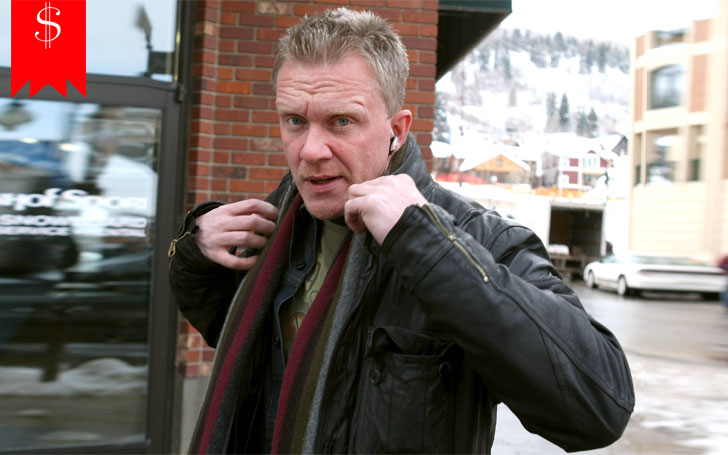 These days Hollywood is all collecting riches. Richer people tend to be on the hit list of most talked about personalities nowadays. The amazing personality, luxurious lifestyle, expensive gadgets, and branded clothes reflect the lifestyle of the celebrity.

Today, in this particular column, we will let you know the net worth of actor Anthony Michael Hall. Check out his net worth, career, and awards.

How rich is Anthony Michael Hall?

Michael Anthony Hall, professionally known as Anthony Michael Hall, is an American film producer, actor/director. He started his professional career in the year 1980 and starred in numerous teen-oriented movies of the 1980s.

Speaking of Hall's net worth, as indicated by Celebrity Net Worth, he earned around $8 million throughout his career. But while checking sites like The Richest, it claims that the net worth of Anthony Michael Hall is around $16 million.

Hall began his professional career in 1980 after appearing in teen-oriented movies. He also started his acting career in the commercials as a child. Hall changed his first and middle names when he entered show business. The reason behind it was another actor named Michael Hall who was already the member of the Screen Actors Guild.

Hall first got his start playing in the TV movie "Rascals and Robbers: The Secret Adventures of Tom Sawyer and Huck Finn." However, he hit the spotlight after appearing in Chevy Chase's son Rusty in "Vacation." It helped him to get to a string of hits in "Sixteen Candles," "Weird Science" and "The Breakfast Club." It helped him for the successful career.

Hall proved his versatile acting skills after appearing as the bully in Tim Burton's "Edward Scissorhands." He acted in the TV series "The Dead Zone" and even appeared on the shows like "Psych" in the guest roles. He also had a small role in "The Dark Knight." He appeared in several episodes of "Community" from 2009 to 2011.

Just after five years of starting the professional career, Hall won "Young Artist Award" in the category of Best Young Actor in a Motion Picture - Musical, Comedy, Adventure or Drama for his incredible contribution to Sixteen Candles.

In the driver's seat. The only place to sit

He was awarded as Silver Bucket of Excellence Award for "The Breakfast Club" in 2005 and shares the award with Judd Nelson, Ally Sheedy, Molly, and Ringwald. In 2003, he was nominated for the Saturn Award for "The Dead Zone." In 2015, he got nominated for COFCA Award (Best Ensemble).