How Much isThe Chainsmokers' Andrew Taggart's Net worth? Details about his Income sources and properties! 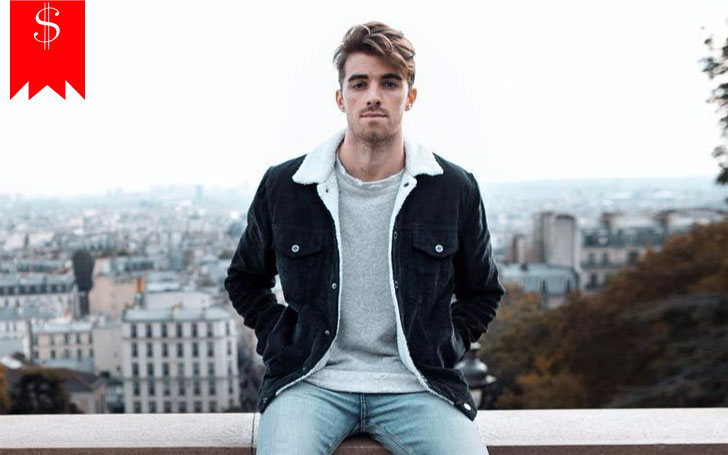 Portland, Maine born Andrew Taggart is an American DJ who makes half of The Chainsmokers. You might have heard “Closer” and “Don’t Let Me Down” pretty much everywhere through 2016 and early 2017. Taggart is half responsible for those hits!

Andrew and Alex, The Chainsmokers duo, received a huge breakthrough with the release of their single, Selfie, in 2014.

The pair has become a global sensation in 3 years. So, how much do you think The Chainsmokers have earned till date? On board, we’ll discuss how wealthy is Chainsmokers' Andrew Taggart-his net worth, income sources, lifestyle and more!

How Much Is Andrew Taggart’s Net Worth?

The Chainsmoker's first record, Selfie, became incredibly successful by December 2013. It entered the US Dance/Electronic Songs chart at number 19, with more than 9,000 downloads in the first week. The song even debuted on the Billboard Hot 100 at number 55. In the year 2014, #Selfie sold over 865,000 copies domestically.

In June 2015, The duo came back with their smash hit, Roses. As of 2017, Roses has sold over 3 million copies, receiving 3x platinum status in the United States. Internationally, it received similar kind of credentials; in Sweden, Germany, Australia, the UK, Canada, and New Zealand. The Chainsmokers single, Closer, was able to take first place in charts in many countries like the US, Slovakia, Portugal, Europe, Sweden, South Africa, The Netherlands et cetera.

Closer was later released on 24th October supported by the EP. The official music video has been viewed over 570 million times on Youtube. Through Youtube’s partnership program, users are capable of earning upwards of a few dollars per 1,000 monetized views, assuming that 40% of the 570 million view counts have been monetized, the song made $450,000 from YouTube only.

Cleveland was amazing! Cincinnati tonight and we got a big surprise! | #mdnotour

The Chainsmokers also earns massive amount through live shows, they have been touring since they gained popularity in the early 2010’s. The duo has won the heart of countless cities. They went on tour for their 2017 Memories Do Not Open Tour in June 2017, in support of their debut album. Consisting of 46 shows, the concert tour is booked to continue until September 2017.

For Fans, The Chainsmokers have set up an official merchandise shop via an online website. They were reportedly selling logo-ed t-shirts and hoodie type items for €30 to €50 per piece. However, the amount of each album selling price is yet to be revealed in media.

In the rise of 2015, the widely recognized duo teamed up with Cadence & Cause, a non- profit team in order to help provide basic educational needs to helpless and underprivileged children in the developing countries. Last December, The duo donated more than $2,000 to the Pets For Vets Foundations, an organization that helps to pair shelter pets alongside America’s veterans.