How much is Jimmy Tatro's Net Worth? Find out more about his career and awards 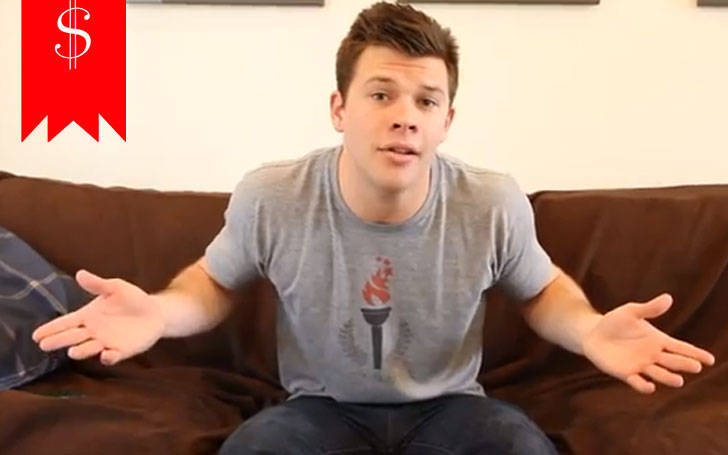 James Richard, commonly known as, ‘Jimmy Tatro’, is an American actor, comedian, writer, and YouTube personality. He is best known for his YouTube channel ‘Life According To Jimmy’, which has more than 2.4 million subscribers and 300 million videos views.

Tatro has been making videos for his channel along with his friend Christian A. Pierce, since 2010. Nowadays, we are hearing a lot of queries from his viewers about his net worth and progressive career.

Jimmy’s net worth and earning sources

Jimmy, a YouTube star, for his age is such a wealthy celebrity. This talented artist has earned a fine amount of net worth from his YouTube videos.

According to a genuine source, his net worth is estimated to be around $575K in 2016. Besides this, he also receives a good amount from TV shows and Films. This talented actor also earns a hefty amount from sponsorships and brand endorsements.

Jimmy performs stand-up comedy at comedy clubs and college campuses. In 2010, he created his YouTube channel ‘Life According To Jimmy’, with his best mate, Christian Pierce.

Since then, they have been uploading comedy skits in their channel. In addition, Many celebrities have featured in Tatro’s videos and some of them are Angela Kinsey, David Henrie, Alexander Ludwig, Emily Osment. In 2014, his channel ranked in the top 92 position on YouTube channels.

In 2013, he featured in the theatrical film named Grown Ups 2 and started working in the entertainment industry. After a year, he appeared in the movie named 22 Jump Street. Since then, he has appeared in several movies and television shows.

His some notable projects are Almost Royal, Blue Mountain State: The Rise of Thadland, How to Have Sex on a Plane, Boo! A Madea Halloween, and so on.

The 24-years-old actor is a dropout of the University of Arizona. Tatro has also won several awards because of his fine acting. His name is listed on the 100 richest YouTubers of the world.