How Much is Fox &Friends' Brian Kilmeade's Net Worth? Details About his Salary, Career and Books! 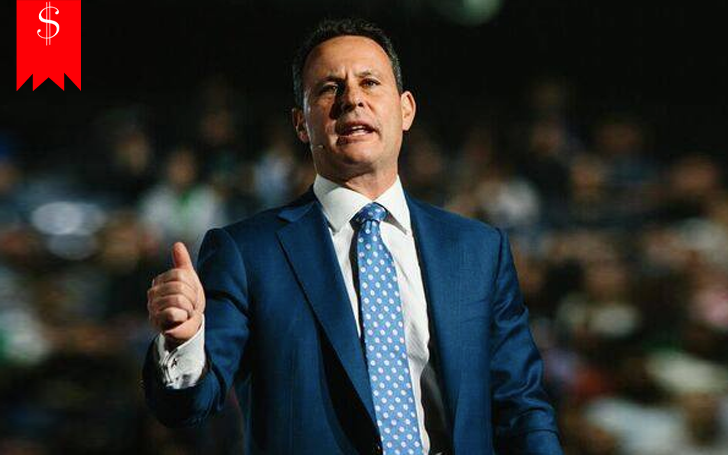 Brian Kilmeade is renowned for hosting Fox’s Morning show, Fox & Friends, alongside Steve Doocy and Ainsley Earhardt. Being the dynamic personality that Kilmeade is, he has written many fiction and non-fiction books, and he also hosts the Fox News Radio program, Kilmeade and Friends.

So, how much does this multi-talented journalist earn? Today, we are discussing Brian Kilmeade’s net worth, career and lifestyle, his income sources and so on. Let's jump right in!

How Much Is Brian Kilmeade’s Net Worth?

Brian Kilmeade’s current net worth is 2.5 million and his annual salary is $200 thousand per year. Brian extended his net worth with television shows and news anchoring. The earnings he made with news channels before 2006 is, however, yet to be revealed.

Tune in to #kilmeadeandfriends weekdays from 9-12pm ET on @foxnewsradio

Brian Kilmeade currently lives in Massapequa, New York, with his wife and three children. His published works, fictions and non-fiction books are also a major source of his income. Here's a chart of his books with per piece price:

Brian Kilmeade’s professional career began in 1987 as a correspondent for Channel One News.  He then went on to work as an anchor for KHSC-TV in Ontario, California. Following that, Kilmeade went on to host The Jim Brown Show aired on XTRA-AM, an all sports radio network. Brian also joined Brown as a part of the announcing team for the inaugural Ultimate Fighting Champion ship event.

Brian Kilmeade conducted post-fight interviews and did play by play role for UFC 2 and UFC 3 in 1994. Kilmeade served as a freelance sports anchor for WVIT in Hartford in 1997. After few years, Brian did sideline reporting and covered the New York/ New Jersey Metro Stars, major league soccer team for the MSG Network, from Giants Stadium.